I’m being inundated with articles about “greening” your holidays. Smugly, I thought I had my holiday gift-giving plans all figured out. The season is fairly simple in our house since we don’t have children (although we may have kitties by Christmas!) and both of us are non-religious. That said, we do have families and friends with whom we exchange some gifts, nieces and nephews. And they are spread out across the country, so there’s a lot of transportation involved in sending gifts.

Perusing the multitude of green gift guides I’ve received so far (The Green Life Holiday Gift Guide from the Sierra Club is a great summary!), I kept coming across the idea of sending gift certificates for events rather than tangible presents that have to be wrapped and will eventually end up as waste, not to mention the fuel used for shipping them. Gift certificates sounded like a great idea to me. Specifically, movie tickets.

I just placed an order with AMC Theatres (only because that chain seems to exist in nearly every city where I have family) for a gold 50-ticket discount package. (If you’re on my gift list, you just found out what you’re getting this year!) What a great plan, I thought. Each ticket is good for any movie on any day. And unlike movie theater gift cards, these tickets can’t be used for snacks and sodas and all the associated plastic waste.

It wasn’t until I clicked the final “Purchase” button that I realized my mistake. I was focusing on the plastic waste from the movie food. But what about the movie itself? Gack! I love the movies. And movies are plastic. What’s a movie-loving, plastic-avoiding environmentalist to do?

Exactly one year ago, UCLA published a study called Sustainability in the Motion Picture Industry. You can download and read the entire study in PDF format here.

The study found that in addition to the huge amount of energy used and greenhouse gases produced by the film industry, Kodak produces 35 million pounds of plastic film stock annually. And of that, only 10 million pounds are recycled. But what the authors mean by “recycled” is that it’s either made into new plastic film base or used as fuel. So most of the new film stock is made from virgin plastic. According to the report:

Kodak does not charge for this recycling service, considering it part of the company’s zero-landfill policy.77 FPC, under the leadership of Barry M. Stultz and Milton Jan Friedman, was awarded an Award of Commendation by the Academy of Motion Picture Arts and Sciences on March 4, 2000, in recognition of their pioneering role in film recycling.78 One major factor underlying the studios’ cooperation in film recycling and hence of FPC’s business success lies in the anti-piracy value of properly recycling old film stock, not just the environmental benefits.79

If their main concern is piracy, then perhaps they are more motivated to destroy the information on the film than to save materials through actual recycling, and using the old film as fuel would accomplish that objective. The report goes on to say:

Some efforts are in place to reuse film, or to reduce consumption altogether. Sony Pictures launched a program to reuse trailers, the film previews shown before the main feature in a movie theatre. Theatres can send trailers to National Screen Service, which in turn will distribute these trailers to discount and second-run theatres to be reused. Only trailers which are too worn out are sent to FPC for recycling.80

At least one major studio requires use of digital technology for 90-95 percent of all film projects, as they are easier to distribute than the traditional “dailies” and easier to archive, hence drastically reducing the amount of film stock consumed in the first place.81

Okay, so I already purchased the tickets. And if you think about how much plastic is in a movie reel vs. how much plastic would be in the DVDs if each person who watched that reel in the theater bought the DVD instead, the theater tickets are probably the better choice. And movies are a communal experience in this age of individual video games and iPod downloads. But this is all rationalizing.

Pretty much every activity we engage in consumes some energy and resources. The point is to consume as mindfully as possible. Remembering the energy and plastic that goes into each movie might help us to be more selective about the films we choose to watch. Each time we sink into our seats in a darkened theater and the previews start, might we be a bit more aware of all the effort that went into putting the presentation together so that it could be savoured?

There was a time when I consumed movies as if they were M&Ms. I was on the Netflix 7-at-a-time plan, and I was the only one in my household watching movies! Every Oscar season, I would race from theater to theater to see as many of the nominees as possible before Awards night. I sat through Pirates of the Caribbean: Dead Man’s Chest, for crying out loud, just because it was nominated for some sound and editing awards. And the truth is, I hardly remember any of these films. 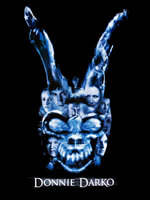 The few that do stick in my mind touched me in some profound way so that I not only remember the movie, but also where I was, who I was with, how I felt, possibly even what I was wearing. (Okay, not what I was wearing.) Watching Finding Nemo, I kept thinking, “I don’t want this to ever end!” And I sat through Chicago hugging myself with happiness. I cried so much during my first viewing of The Hours that I had to see it a second time to decide if it was really as profound as I thought or if I was just hormonal that day. Donnie Darko and Fight Club picked at my brain with their dark rhythms and Jennifer Hudson’s performance in Dream Girls nearly shattered my heart. Darren Aranofsky’s The Fountain, while booed at Cannes, left me in a puddle in my chair, while Napoleon Dynamite left me with a million memorable lines and a craving for tater tots.

The movies I remember are not necessarily profound films, but I do think they are all films created with a certain amount of care and attention and love that is actually nourishing to the psyche. Instead of consuming these films like a McDonald’s cheeseburger, I’ve savored them over and over like a full-course meal. And maybe if we approached everything in the world, plastic or not, as if it really mattered, tasted our food, paid attention to our bodies, listened to the attendant selling us tickets; if we lived our lives like we mean it rather than just biding our time; maybe over-consumption would simply lose its appeal and we’d enjoy less with more gusto.

What do you think? I’m heading to Netflix now to reduce my plan from 4-at-a-time to 3. And a month or so from now when the Oscar nominees are announced, I’ll resist the competitive urge see every nominated film merely to win the annual Oscar pool among my friends. And maybe movies won’t be made from plastic some day. Still, I’d rather live as if they were a resource to conserve rather than squander. I hope I can learn to treat all of life that way.

Thanks for the link, Heather. The movie looks cool. I’ll try to find time to watch it.

Wow, I never thought about movies that way. They are a major part of my cultural life, though. Maybe technology will improve so that more movies will be shot digitally. Here’s a low tech example – Infest Wisely – you can download it. A very clever and funny film, made by 7 different directors. Here’s the link: http://www.infestwisely.com/
And I have no connection to the filmmakers other than I like Jim Munroe’s work.

I find the whole movie industry to be incredibly wasteful and unsustainable as it is right now. They are spending $100 million per picture on average to make and market a movie. http://news.bbc.co.uk/2/hi/entertainment/3564377.stm Since I have hope that consumerism is on the downward (not to mention that movie piracy is on the rise) it can’t be kept up in this way. They are making way too many movies (and more frequently CRAPPY movies) for way too much money. I love movies as much as the next person, but I don’t have that much time to watch every new “blockbuster” that… Read more »

When I was in show business — well, the consumer end — well, OK, I worked in a movie theater — I tried to make up for all the waste we generated by making my dress-code-mandated neckties out of film, from out-of-date trailers. I received many compliments on them. Of course, back in the day, the detachable collars of shirts were made out of celluloid (but that was before celluloid was made from oil), so I guess I’ve sort of come full circle. (Actually, relatively little of the stuff sold at movie theater concessions is in plastic. It’s mostly paper.… Read more »

Don’t fret, AMC theatres is leading the revolution from celluloid film to digital technology. They’ve already started upgrading their auditoriums nationwide, moving away from film projection, to digital. That’s how they’re able to show all of that new alternative content like the Garth Brooks concert and the performances of the Metropolitan Opera. So you really were doing a good thing for the environment by buying your holiday gifts there! :)

Hi Michelle. That’s why I decided to give movie tickets. I was thinking of giving everyone Klean Kanteens, but decided that Christmas was not the time to preach to them. And also how eco-friendly is it to ship all those Klean Kanteens if there’s a good chance the recipients wouldn’t use them in the first place.

I was thinking of giving decorated canvas shopping bags for Christmas, but I worry that the purpose of Christmas is to do something nice for someone else, not to make myself happy. I don’t want anyone to think I’m criticizing them for not already using bags or that I disregarded their likes and interests in order to promote mine.

Thank you for the inspiration!

aw. i love netflix. i just got my mother in law a year subscription and made her a cute movie theater gift basket. my own mother is an avid movie collector and seriously has every movie that has ever won an award and she has them all put into this giant book with numbers so that you can find where the movie is. it’s actually pretty ridiculous but it’s her hobby and she loves it. my uncle who lives here in CA is actually on the panal to nominate movies and vote for the academy awards and they send him… Read more »