Jackson Browne doesn’t appreciate the bottled water industry pumping millions of dollars into advertising to convince us that bottled water is better than tap water. He also happened to be sitting right behind me during the screening of Tapped Friday night at UCLA, one of the events organized by the new Plastic Pollution Coalition this weekend. So after the film, I asked if he would mind saying a few words to Fake Plastic Fish readers about his stand on bottled water. He said he could only give me a minute, but as you’ll see in the video, once he got started, his passion kicked in and he gave a lot more.

For those who are unable to hear the video, here’s a summary of his main points:

Do you know of other great bottled water rants on YouTube? Would you be willing to post your own? Leave a comment here and I’ll link to others venting their frustration with bottled water.

A few that I’ve found: 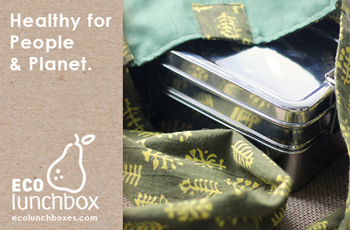 Love his idea about the airport. That is one place I do buy bottled water. Now I don’t have to anymore.

This is great!!! I hope other celebrities will step up and speak out on this issue and the issue of toxic chemicals in the environment.

Thanks for the post. I had fallen of the wagon for a bit there and actually consumed a few bottles of water, No excuse.

I completely agree that individual changes are necessary, they just aren’t sufficient, which apparently you have come to realize as well.

I read your article on personal change (I must admit, I started glancing through it, then when I saw a reference to Derrick Jensen, I went back and started at the beginning. :) I think the one quote that hits the point is “Personal change doesn’t equal social change”. I also agree that people start with personal changes, then move from there to taking other action. There’s no contradiction there.

At the same time, some of the critics you quote are missing the point. On the latest episode of Radio ecoshock (ecoshock.org) Canadian scientist Bill Rees talks about how much of the “eco” movement is missing the point. For example, we can make “green” houses that are 25 percent more energy efficient. But the average house today is 2300 sq ft or more and it was 900-1000 sq ft in 1950. And the average occupancy used to be 3.6 people per house, now it’s 2.7. So, even with that 25 percent efficiency, we’re blowing, per capita, more than twice as much as 50 years ago.

His point is that we’re still growing and we’re already over the carrying capacity of the planet, and we’re essentially just burning ecological capital at this point. Every day that goes by, we have more people and less of a land base. That’s obviously not sustainable. We need actual *cuts* in emissions, not reduction in the growth rate of emissions. That’s like saying I’ll only play russian roulette once a week instead of twice a week! :) You still end up dead.

As for Jensen, I don’t care if the solution is ripping things down or officially scaling back, whichever does the job. I read about “no impact man” and that’s a great example to set, but even a homeless person in the US or Canada is living off our excess, which is unsustainable. If you don’t change the infrastructure, it doesn’t matter what you do.

Anyway, I think I’ve gone on long enough. Yes, we need to act personally, but we also need to do what’s necessary to make sure that the world as a whole reduces emissions, whatever that might mean.

Canada Guy — I totally agree with you that we need a ban. I don’t think individual acts are enough. At the same time, I think we all have to start on the individual level or we will not have the will to push for change on the governmental level. Who votes? Individuals. Who contacts their representatives? Individuals. Individual changes give them an investment in the bigger picture.

I actually wrote about this topic in a couple of places. Check out these posts and let me know what you think. Comments on those posts would be greatly appreciated:

Dude, crow, did you miss my point? Individual acts won’t do it. They will *not* lower actual emissions. We need a ban. Here’s an argument why individual lifestyle changes will *not* solve global warming:

I f we all do small acts, we can collectively have a big impact. So lets all do our part and use reusable water bottles.

Beth – a GREAT post. I just shared it on facebook. Many years ago, I worked for a bottled water company as a young adult. Before it became “cool” and the norm to drink bottled water, our customers were mainly seniors who didn’t like the taste of the local water. When bottled water became in vogue and I saw everyone carrying the plastic bottles, I just shook my head in wonder. Back then, having been in the industry, I knew the scam behind the product but very few people would listen to me.

We all know water bottles are wasteful and bad for the environment, yet their production is growing rapidly everywhere. Just 20 years ago the market for plastic water bottles was practically nonexistent, but today we produce billions of these completely unnecessary products. There can be only one sane response, plastic water bottles must be banned!

That is so cool, Beth. Jackson makes many excellent points, but my favorite part of the interview was when he said filling your own bottle is empowering – and fun. I refill my reusable bottles in shops, cafes and restaurants, and I’ve never been refused access to a spigot or sink. In fact, these tap-water exchanges are always a pleasant affair – an act of sharing that reinforces our connection to a resource upon which we’re absolutely dependent and which we all hold in common. Cheers,
Elizabeth

Did you see — Planet Green picked up this story and your video.

Great video. Jackson has a lot of great ideas to save the planet. I respect him so much for speaking his mind on all the causes that matter so much to him.

I use this under my sink. Even the filter cartridge is recyclable! I use it to fill my SS bottle every morning.

Great video. I’ve been working hard to reduce my use of plastic too, but you (and Jackson) are on a completely different plain. I’m not perfect, but reading a post like this stirs me to continue to improve. Thank you.

It is so great to have someone like Jackson on your side with the pull and influence he must surely have. But now, so do you!

very awesome interview :)
I love how he’s so very PUNK in his attitudes (initial idea of rebelling attitude).

awesome. I am a PUNK rockah environmentalist :)

i couldn’t agree with him more. This industry is such a joke.

I’m so in love with Jackson right now! He rocks! I love when people use his or her fame for a good cause :).