This past weekend, I brought homemade veggie burgers to my friends Red and Jen’s house for the 4th of July. While everyone else was downing hamburgers, I was putting my veggie burgers on the grill and praying that they would hold together. The result was mixed. They tasted great but were kind of mushy. I was going for something like the walnut mushroom burgers from Amanda’s in Berkeley, but I don’t think I hit it. Here’s the recipe and plastic-free ingredients I used based on the lentil walnut burger recipe I found at Saverqueen.com. Maybe I should reduce the amount of lentils next time. What do you think? 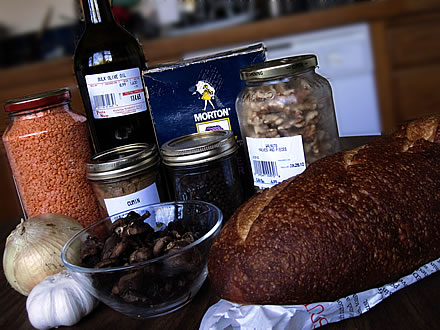 Grated cheese (from that big cheese wheel I wrote about last week.) So, here’s the deal with the cheese. It’s almost gone! I went out and bought nutritional yeast, like you guys said. And I also bought the Uncheese Cookbook secondhand from an Amazon.com seller. I’m ready. I think. After I use up the cheese I already have. :-)

1 . In a small saucepan, bring lentils and water to boil over medium-high heat. Reduce heat to maintain a simmer, cover and cook until all the water has been absorbed, about 15 minutes. Remove from heat and let cool.

2. In a skillet, saute mushrooms in balsamic vinegar until they release all their water. Remove from skillet.

3. In skillet, heat oil over medium-high heat; cook onion until tender, about 5 minutes. Stir in garlic, cumin, salt and pepper; cook 1 minute. Stir in walnuts and mushrooms. Let cool slightly. Stir in bread crumbs and lentils to combine. (And grated cheese, if you are so inclined.) Form into patties.

4. Grill over medium heat on greased grill, turning once until crisp and golden on each side. (Oh wow, I just realized the original instructions say to grill for about 12 minutes. Hmm… this could be my problem. I don’t think I grilled them for 12 whole minutes. Maybe that’s why they were still mushy.)

It made us about 6 good-sized burgers.

Oh, and to make the bread crumbs, I toasted 4 slices of sourdough bread until they were very crunchy.  Then, I ground them up in the food processor.  I ground up the walnuts that way too. 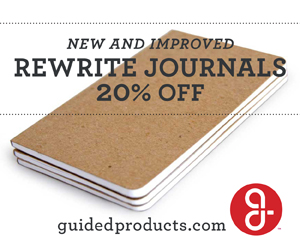 I recently became vegan and have been looking for a good burger. I’ll have to try out this recipe. Has anyone tried making them without the walnuts? I’m allergic to nuts so I was just wondering. I can’t wait to use my new cutlery set, get everything prepared and then taste this recipe. Thanks for sharing!

Try using the lentils raw, not cooked. Just soak them in some water for a bit and then run them through a blender or processor. They’ll stick together better and may not be as mushy.

I really like this recipe which is similar, but doesn’t include lentils https://www.epicurious.com/recipes/food/views/Mushroom-Pecan-Burgers-354089
(Although lentils would probably add more nutritional content, so I’d like to try that). Egg replacer powder might help bind things together. I would also spread out the hot lentils to help them evaporate, possibly even throw them in the oven for a bit. Brown or green lentils might be better than red (more fiber).

Perhaps the lentils were overcooked? They do tend to get mushy which is probably why I prefer other legumes like chickpeas. It does sound tasty, though!

I’m really glad to hear that you’re willing to give the uncheese stuff a shot! I look forward to seeing how it goes for you. And since I have the same cookbook (though probably a newer version), I can’t wait to see what recipes you try and like.

Most of the veggie burgers I have had and made myself have definitely been more mushy than a normal ground meat burger. However, I did make the ones from the “Real Food Daily” cookbook and they were much more substantial. They had quite a bit of tempeh and some grated beet and carrot. You could try cooking the lentils a little less so they have a little more bite? I don’t mind the mush, though, as long as they have good flavor. It does make it hard to cook on the grill, though.