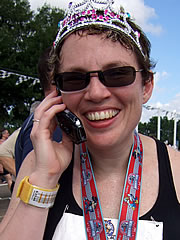 If you use a cell phone, you should wear a headset, right? I got my first cell phone in 2000 and have known for years that it might be dangerous to hold the phone right up to my head. Nevertheless, year after year, I did exactly that and felt the heat cooking my brain. I think I was in denial. But a few weeks ago, the World Health Organization’s International Agency for Research on Cancer classified radiofrequency electromagnetic fields as possibly carcinogenic to humans (PDF), based on an increased risk for glioma, a malignant type of brain cancer associated with wireless phone use. And while there is debate about results of studies conducted to date, this recent news was enough to wake me up.

But I also didn’t want to have to go out and search for a plastic headset in plastic packaging. I was being stubborn. Fortunately, I discovered that thinksound, the company that makes the PVC-free headphones I fell in love with last year, has come out with the ts03+mic model, which does double duty as regular music headphones and as a headset for many different smartphones.

Thinksound sent me a pair to try out. As you might recall, I raved about thinksound’s regular headphones a year ago. The new ts02+mic model is made with the same materials: housing of wood and aluminum instead of plastic; ear inserts from silicone; cable insulation of TPE (a safer type of plastic) instead of the usual PVC. 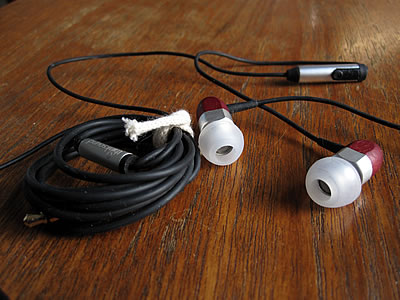 They arrived in a plain cardboard mailer without any additional shipping material. The packaging is almost plastic-free, made from recycled cardboard instead of plastic. I do wish, however, they could get rid of the plastic window, but apparently that’s required for retail marketing purposes. There’s also still a tiny plastic bag holding the alternative ear pieces. But the company has eliminated the plastic-coated wire twisties from the previous packaging. So that’s a step. 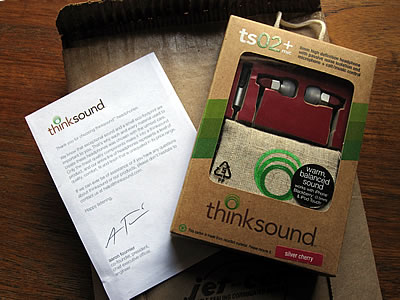 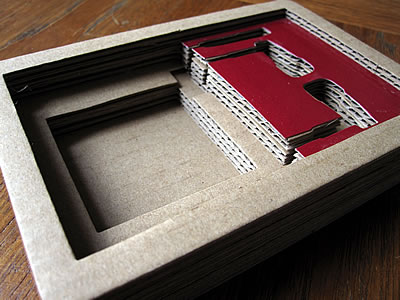 So how does it work? Well, the headset took a little getting used to. I had to remember which side I’d put the mic on and try not to talk in the opposite direction, but once I got the hang of it, the sound on the other end was great. 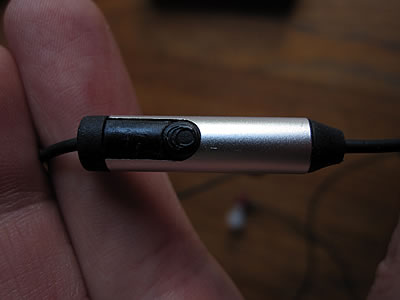 I also found it very strange to try and talk with both headphones in. I couldn’t hear my own voice very well and couldn’t tell how loud I was talking. Using only one ear piece while talking works a lot better for me.

The sound while listening to music or podcasts is just as clear and rich as that from my original thinksound headphones.

Thinksound is offering My Plastic-free Life readers a 20% Discount for the next 30 days (through 7/20/2011). Use discount code PLASTICFREE when ordering.

After finally deciding to do something to keep cell phone radiation from my brain, I got kind of obsessed with learning all the ways we can protect ourselves. The Environmental Working Group has published some very useful information.

Of course, I’m guessing that more people will be killed or injured because they used their cell phone while driving or doing some other activity requiring attention (like walking down steps… eh hem…) than will get brain cancer from cell phone radiation. So pay attention. Don’t text while you’re walking down the street. Don’t talk while riding your bike. And don’t annoy us all by talking loudly in public. I’m just saying. 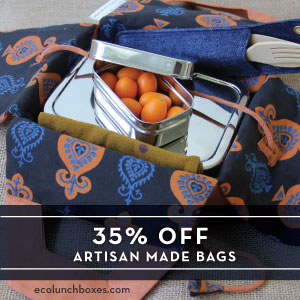 There is an interesting video I watched about this topic not so long ago. The group of Kurzgesagt (In a Nutshell) made it. They make their own research and base their facts on scientific studies. You can search for it on youtube with the tittle:
“Could Your Phone Hurt You? Electromagnetic Pollution”

If you like to check it, here is the link for the video: https://www.youtube.com/watch?v=FfgT6zx4k3Q

FYI, the radiation that comes from your phone is non-ionizing radiation, and there’s no evidence of harm from using them. The EU’s recent designation of “possibly carcinogenic” wasn’t based on any positive studies, and there’s no cellular damage from the energy produced by a cell phone, so there’s litte to no risk. Still, headphones are safer than holding a phone to your ear when driving etc :)

I think using headphones while driving is more dangerous, because you end up not being fully aware of your surrounding by not listening, which I personally think is also key for driving. People normally won’t go putting only one earbud, as an example just look at the people who walk wearing headphones or earbuds…

My mom has been worried about this since we got cell phones so I have using headsets for a long time. Now I’m just using the one that came with my iPhone. I also try and remember to put my phone in my purse and not in my pocket.

I am constantly thinking about the radiation from my phone-I’m on it a lot. I need to get a headset. Thanks so much for the review…..and the reminder that I shouldn’t keep putting it off.

OK… I’m sure this puts me in the category of fuddy duddy… but I just hate cell phones, and I can’t for the life of me understand why anyone would willingly use one for anything but emergencies. I mean, I do have a pre-paid plan and a phone that’s for emergencies. It’s turned off unless I’m making a call (which I do about once every few months.) I couldn’t send or receive a text message if my life depended on it, and I haven’t any idea what my cell number is without looking it up.

I just don’t get it. Why does everybody want to bring their “personal sphere” with them wherever they go? Isn’t the point of going somewhere to be wherever it is that you went? And why in the world would anyone want to make it easier for people to reach them? I personally don’t want to be available to the world 24/7.

I just think that it’s far more likely that someone’s cell phone will kill me – like perhaps the driver who hit me while I was riding my bike last summer because she was talking on a cell phone and forgot that she had waved me on – than it is that radiation from your phone will kill you.

You probably posted this info and I missed it. Where are the thinksound headphones made?

I wonder how “airplane” mode effects all the variables…

I don’t use my phone much for calling or texting, but rather as a watch and alarm clock and calendar and camera and lots of other uses. (I like having the convenience of the phone built-in so I don’t have to carry more than one device and do use the phone, just not very often…less than 200 min a month and less than 25 texts a month.)

When I travel, I often put the phone on airplane mode so it stops searching constantly for a signal and conserves the battery. From what I’m reading, that practice may also reduce radiation.

Thanks so much, Beth. Just found my phone on the list and the radiation is quite high so I will be getting some headphones now.

Now I have a good excuse to be on speaker-phone, (Used Machinery, you are not alone; I can’t suffer ear buds either), and to prefer texting over talking. Sweet! Dismayed to find my phone emits fairly high. Dang. Well, I won’t be holding it to my ear anymore (much) or carrying it on my belt.
Thanks again for your excellent and informative articles, Beth!

Yikes! $89! Even with the generous 20% discount that’s beyond my budget. I guess I’ll have to stick with the painful and plastic earbuds+mic that came with my phone. They are lovely, though. (The ts02, not the tacky plastic ones.) The EWG website is full of useful info — thanks for the link.

I’m so glad you found a nearly plastic-free option for a headset!

Power emitted to the head by cellphones is a complex subject. The placement/orientation of the antenna (once external but now almost always internal) is one thing.

I’ve never understood why some manufacturer doesn’t offer a remote antenna – you could clip the antenna anywhere you want on your person (or purse) and still be able to put the phone right up to your ear with no radiation to your head. This would be one object to place rather than the two (earpieces and mic) and you could leave the antenna (like cops who wear theirs on the shoulder) in place without having take earbuds/mic on and off or go around wearing them on the head constantly.

Another factor is actual power emitted. Cellphones communicate continually with the cellphone network (even when no call is underway) and adjust your cellphone power up or down depending on commands received from the nearest cellphone towers. This “handshaking” data communication is, of course, not known about/heard by the user of the phone, nor does the user have any idea how much power is, at any given second, being emitted by the phone. Just walking from your kitchen to your bedroom could cause a large increase or decrease in power (radiation).

As you would expect, the further you are from the nearest cellphone tower, the more power the cellphone will put out in order to reach it. So a rural user could be getting far more radiation from a phone than a urban dweller with exactly the same model phone who has cellsites quite close by – while the farmer with a cellphone tower on his property will be getting the absolute minimum radiation from his cellphone (if it uses that tower).

It’s complicated, typical of the behind-the-scenes complexity in our toys that are hidden by their ease of use.

I think I read somewhere on EWG’s website that you’re exposed to more radiation when you talk than when you are listening. I appreciate the product news. Thanks so much!

Thanks for this information, Beth. I just started reading your blog a couple of weeks ago and wanted to say that I really enjoy your posts. You have a knack for presenting the different sides of a story, including your own experiences, in a way that is balanced, entertaining, and well researched. I didn’t know the EWG had a guide on cell phone radiation. Thanks for the tip!

… so we cancelled our home phone a year and a half ago and I went from NEVER using a cell phone to it being my only way to talk to friends and family. AND… go figure I have a phone that emits high levels of radiation. *sigh* G lad I learned how to text…

My husband just joked and told me that I’m fine unless my thumbs get cancer. (nice)

I can’t wear earbuds. I think I’m the only one on the planet. They hurt my ears :( *sniff *sniff