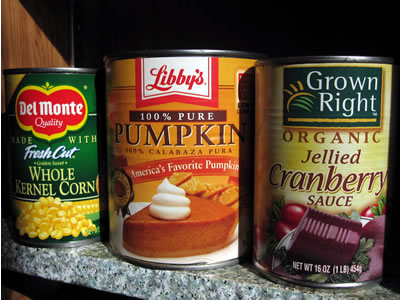 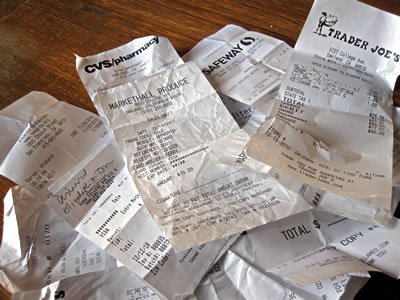 One chemical being used to replace BPA in thermal paper receipts is Bisphenol S (BPS).  In May 2012, the journal Environmental Science and Technology published a study (Chunyang Liao, Fang Liu, and Kurunthachalam Kannan) testing 16 different kinds of paper products and found that levels of BPS, and our exposure to BPS, is approaching the same levels as its predecessor, BPA.  The scientists did not conduct the study to determine whether BPS is safe or not but simply to see how much of it we can expect to be exposed to via paper products.  Basically, the conclusion was that because we are now being exposed to such high levels of BPS, this chemical should be tested for safety.

Hold on! This is Totally Backwards!

As I was reading the study and attempting to comprehend it, I suddenly thought, This is stupid!  Why do studies have to be funded to test products to find out what chemicals are being used in them?  It’s not like it’s a big secret.  Oh wait, yes it is.  The companies that produce these products don’t like to reveal their trade secrets, and they are not required to disclose the chemicals they use.  So we can’t just, you know, call them up and ask.  Or can we?

Hey Campbell’s! What’s in Your New Can Lining? 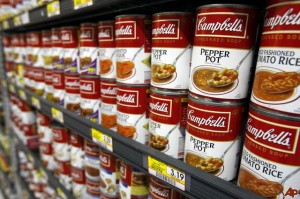 The Campbell’s Soup company has announced it is phasing out BPA in its metal can linings.  The problem is that it refuses to disclose what it will be using instead.  And some of the possible alternatives have me worried.  PVC, for example, is a possibility.   But how can we know whether the replacement will be safe if we don’t even know what the replacement is?  Healthy Child Healthy World is running a Facebook and Twitter campaign to urge Campbell’s to tell us what it will use instead.  Please leave a message on Campbells’s wall.  Learn more at Breast Cancer Fund’s Cans Not Cancer Campaign website.

The tactic of going after known toxic chemicals one by one is an exercise in frustration when thousands of new chemicals are being developed each year and are not proven to be safe BEFORE being placed on the market.  Why are we being used as unwitting guinea pigs?  I’ve written on this topic on this blog and in my book.  In the United States, we do not follow the Precautionary Principle, which would require products to be proven safe before being allowed in the market.   We need updated toxic chemical legislation.  We as individuals can only protect ourselves so much through our choices, given the limited amount of knowledge we have.

DeeAnn, they just replace the offensive substance with something else that hasn’t been tested either.

Disagree with Brooke here. Not buying does work. Even Walmart knows what’s going on, that there is pressure, and they’re feeling it.

Jacquelyn, I agree that some people may focus on just one area of concern leaving other areas open for compromise. One thing that often occurs with activism is burn out. When you spread yourself too thin dealing with numerous issues (and there are always an insurmountable issues to tackle, yes?) you tend to either burn out or drop the ball in some area. I would never discourage anyone from focusing on one issue if it’s important to them. One step at a time . . . and when you’ve got that one issue handled OH the JOY! and then on to the next . . .

Jacquelyn, I agree that some people may focus on just one area of concern leaving other areas open for compromise. One thing that often occurs with activism is burn out. When you spread yourself too thin dealing with numerous issues (and there are always an insurmountable issues to tackle, yes?) you tend to either burn out or drop the ball in some area. I would never discourage someone from focusing on one issue if it’s important to them. One step at a time . . . and when you’ve got that one issue handled OH the JOY! and then on to the next . . .

Not buying a product won’t make it or future products safe… We need to do something to fix our policies! Beth is totally right! We should NOT have to do the leg work of the USDA(FSIS) or FDA!

I’m sure manufacturers love it when consumers focus on one thing, like bpa. It means we are not paying attention to all the other destructive things they are doing. Then they get to enjoy the golden glow of being pro-active about phasing out the scary chemical of the moment, while continuing to use the same practices that allowed something like bpa to become commonplace.

Here’s my solution: Last week I decided to buy a heavy duty pressure canner so I can safely preserve low acid and high protein foods like cooked black beans and split pea soup without needing to freeze them. After hurricane Irene blew through last year leaving us without power for 4 days, and almost destroyed 2 freezers full of food, I decided to take the leap. The model I chose http://tinyurl.com/cst84mq is manufactured in the US from cast aluminum with Bakelite handles. It shipped through Amazon in its original box so packaging was minimal. The only plastic was 2 strips of packing tape and one smallish block of styrofoam, all of which I’ll save in case it ever has to be shipped back for repairs. All parts of the pressure canner are replaceable and the company has been in business for years. This should last a lifetime if I take care of it. I’ve done regular canning before, so this shouldn’t be too much of a leap.

be careful of the additives in chocolate, unless it is expensive stuff……

I tell everyone when I teach: there is no safe plastic inside our bodies. A plasticizer modifies fats and oils. That’s what it does. Inside our bodies, it modifies our fat. It’s mechanical. All plasticizers are reasonably expected to mimick hormones, and disrupt our development , our reproduction and our mental and physical health.

I just don’t buy things in cans anymore or much packaging at all really, the only way to be sure is by buying whole foods, growing food and/or hunting and foraging!

Any idea how the Eden organics lining compares? Sometimes I want beans NOW. (and my beans turn out too mushy or hard). Why is it unreasonable for us to not want toxic chemicals in our food?
Chocolate makes most things better :)

I go to Whole Foods, and I’m amazed how much stuff is in plastic! …and how much they throw in a landfill! So frustrating!

Why don’t you just not buy it? The *only* way to change a company’s practice is to make their products obsolete. Stop this “them” ranting, and look at our buying habits.

I love it when you rant. I always learn something.

are you eating fair trade chocolate?

Thanks for keeping us informed Beth. I had no idea the BPA was in thermal paper receipts! Yikes!

So how about this, we contact these companies that refuse to disclose what they’re using in their cans (or in anything for that matter!) and let them know that we will boycott their company and send the word out to everyone we know to do the same and why. Boycotting works because it hits their pocketbooks . . . and let’s face it, they’re in it for the money.

I just tossed a comment on Campell’s Facebook page. They seem to be pretty good at responding to the feel-good messages people post on there. Let’s see how they do with something a little less wholesome…