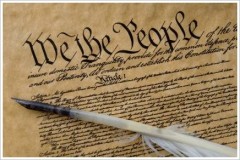 Stop what you’re doing for a second.  I want you to start a petition.  Or at least sign one. Today is Blog Action Day, an annual event when bloggers all over the world band together to write posts on the same theme.  And this year’s theme is “The Power of We.”  It’s one thing for each of us to do our part in making changes in our personal lives to reduce our plastic consumption.  But if we want to truly protect the planet from the tons of toxic chemicals that are released into our air, water, and soil, we need to make our voices heard together, as a group.  And these days, it’s not really so hard to do.  With sites like Change.org that make it easy to create a petition and promote it virally via social media, anyone can take action for systemic change–flex our “citizen muscles,” as Annie Leonard puts it.

Tell Disney to get the Phthalates out of kids’ lunchboxes 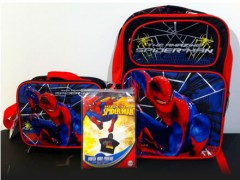 When blogger Lori Alper of Groovy Green Livin’ read this year’s report on phthalates (endocrine-disrupting chemicals used to soften vinyl plastic) in children’s school supplies from the Center for Health, Environment, and Justice, she didn’t just get mad.  She decided to take action.  Learning that Disney’s princess and Spiderman lunchboxes contained levels 29 times higher than the levels allowed in children’s toys (school supplies are not regulated as toys, even though children handle them every day) and that  these chemicals can migrate from the products to the surface and be released, she created a Change.org petition to demand that Disney remove toxic phthalates from its plastic lunchboxes.  (Please click the link to sign the petition!)

Lori could have simply refused to buy vinyl lunchboxes for her own kids.  That’s what most of us here are doing anyway, right?  Avoiding plastic in our own lives.  But she knew that avoiding these products herself would not stop them from being manufactured and from contaminating the environment.  Kids are not only exposed to the toxic chemicals brought into their own homes but also to whatever their classmates bring to school.  And the more of these chemicals are produced, the more all of us are exposed just by being alive and breathing the air or drinking the water! So Lori forwarded her petition to not only her own social media contacts, but many other bloggers and organizations, asking them for help promoting the petition.  Eventually, Change.org itself noticed the petition and deemed it worthy of promotion. It forwarded the petition to its regular email subscribers and also sent out a press release to the media.  To date, the petition has received nearly 60,000 signatures.  Is yours on it?

Analysis of a Successful Petition 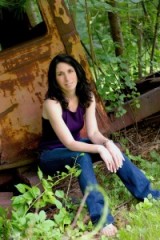 But not all petitions are created equal.  Change.org is full of dead petitions that went nowhere, either because they weren’t targeted well or because the petition author did not promote it well.  So I asked Lori for some tips on creating a campaign that works.  Here’s what she said:

Advice for those who want to start a petition-Go for it! I’m constantly amazed by how we can all make a difference. The internet and social media channels are our friends and make spreading the word much simpler. If your message is worthy and others can identify with your cause they will join together to create a much louder collective voice that will be difficult to ignore.

From my experience the petition does need to be very specific. It also needs to name a company that people can identify with-Tide, Disney are both household names.  Lots of research needed to make sure you have the facts straight and the correct people/entities named. It also helps to have the backing of large organizations-Healthy Child Healthy World, Women’s Voices for the Earth, Momsrising, Safer Chemicals Healthy Families were all terrific supporters of the petitions.

Yes, there are lots of other companies making lunchboxes and backpacks with phthalates, but Lori chose to target Disney because it is well-known and because targeting more than one company in a petition simply does not work.  You need to have a measurable result. 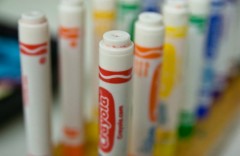 But just because you choose one company to target doesn’t mean that other companies are not listening.  Earlier this year, I met Land Wilson, a volunteer at Sun Valley Elementary School who had helped the students created a Change.org petition to urge Crayola to create a recycling system for its plastic markers.  (Click the link to sign now.)

While gathering signatures (the petition has reached nearly 85,000 signatures at this point) and waiting for Crayola to respond, the group was surprised to get a response from Crayola competitor Dixon Ticonderoga.  In a press release in August, Dixon said it was inspired by the children’s petition to start its own recycling program for Prang Art Markers.  I don’t know how exactly how the markers will be recycled–or downcycled–but the point here is that your petition can have an impact in ways that you don’t expect.  Other companies are watching and listening.

One kid makes a difference in banning plastic bags 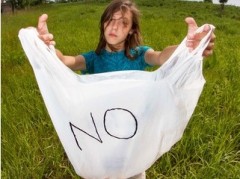 As the Crayola campaign demonstrates, creating a petition is a good way to start teaching children how to be good citizens.  Earlier this year, thirteen-year-old Abby Goldberg got mad when she learned that the Illinois state legislature had passed a measure which would prohibit Illinois cities and towns from banning plastic bags.  She created a petition on Change.org to urge the governor to veto the measure.  The campaign received a ton of media attention, and after Abby delivered over 170,000 signatures to the Governor, he did finally veto the bill.  Once again, the petition was very specific and targeted.  And it didn’t hurt that it was spearheaded by a kid. 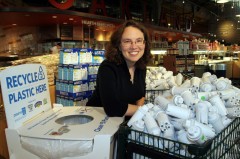 I personally learned the value of citizen action campaigns back in 2008 when I discovered that my Brita water filter cartridge could be recycled in Europe but not the United States.  If they could do it in Europe, I figured, they should be able to do it here.  So I rounded up some other like-minded Brita users and we created the Take Back the Filter website and a petition and asked people to send us their used Brita water filter cartridges.  Unlike Abby and Lori and the kids from Sunvalley elementary school, we only received 16,000 signatures.  But that was back before Change.org was in the picture helping to spread the word and sending out press releases on campaigns it chooses to promote.  We had to do all the promoting ourselves.  I stayed up late many nights trying to learn how to write a press release and to figure out what organizations to contact and how to get the media interested.  The campaign took 8 months, but finally, Brita contacted us to let us know it had created a take-back recycling program for its filters.

Nowadays, I don’t use a water filter at all.  But I’m glad that I stuck with the campaign and saw it through to the end because now other Brita users have a way to recycle their filters instead of tossing them in the trash or mistakenly putting them in their home recycle bin, from which they will most likely end up in the landfill.

Targeting Our Leaders for Safer Chemicals

Change.org is not the only way to get our collective voices heard.  By becoming a part of a larger organization working for environmental change, we can magnify our personal actions.  Follow Safer Chemicals, Healthy Families for updated information about toxic chemical campaigns.

What Will You Do?

Have you ever started a campaign or been part of one?  What advice do you have for those who want to get started?  And what issues are bothering you so much right now that you are ready to start a campaign?  Don’t get me wrong.  Our individual choices are very, very important.  But if we want to see big systemic changes that will benefit everyone, we need to harness the “Power of We.”

Thank you for this post and thank you for doing what you do! you are a true inspiration – I just finished reading your book – very very glad to have it on my shelf!

I agree what Lori stated. Even though I am targeting the FDA regarding arsenic in rice, I know that my post how to protect yourself has been read so many times. So, even if they don’t sign the petition, I know they are at least reading where to source, how to wash their rice, etc. Sure, I bit off a big dog to go after, but sometimes your heart tells you have to take a stand. It absolutely helps when you have the support of not for profits or other bloggers to help you but this shouldn’t deter anyone. I know many people who have been successful on change.org simply because the petition simply resonates with many people.

I also agree with Lori, particularly on research. I always appreciate a petition that’s really gone to the effort of backing up their facts, just as it’s an immediate turn-off when someone is using a petition to slam an agency with false accusations.

me too. I did my homework on my own petition backwards and forwards.

Did you know that Crayola did start making at least some of their markers in recyclable plastic? The markers with the black plastic are touted as recyclable. Maybe they are not very far from having a take-back program???

I couldn’t find anything on their website either except about recycled black marker plugs. Maybe they stopped making them? Here is a description of the full black barrel marker from an online retailer:

“Crayola Markers are getting a fresh look! As part of a new green initiative at Crayola, black marker barrels that contain at least 10% recycled plastic will begin to replace the familiar white barrels in the coming months. Expect the same high quality and vivid colors, now in more environmentally friendly packaging.”

My daughter received some of the black barrel type as a gift about a year ago but I didn’t keep the package and I don’t remember the recyling message they had on it.

you can see the markers here, click on the link and then view all the pictures to see a close up of the back of the packaging :)
https://www.amazon.com/gp/product/B0017GM4WI/

Thanks! So what I gather is that they are making some markers with some recycled content. However, they don’t say the recycled content is from used markers. It could be from other plastic objects. But since they are thinking about including recycled content in their markers, they should take the next leap and provide a way for people to send them back for recycling. Thanks for sharing this.

Lori, that’s a great point. Petitions are just as much to educate the populace as to get the target of the petition to change.

Thank you so much for this fantastic post Beth Terry. Petitions do make a difference-even if the companies don’t implement change right away the petition creates a much-needed awareness among consumers.