Fake Plastic Fish on the road

Hi everybody.  Writing this post sucks.  But then, so do a lot of things in life.

I just wanted to let you know that I’ll be leaving tomorrow for a 2-week trip and may not blog much while I’m gone.   As many of you know, my parents have lived part-time in Hawaii for several years, and I’ve written about visiting them (and the plastic in Hawaii) more than once.

Tomorrow, I leave to visit  my parents’ condo in Waikiki for the very last time.   My dad’s there now, selling all their furniture on Craigslist and cleaning up.  I’m going to help him finish.  My mom is with my sister in Maryland.  And my sister is just trying to hold … Read the rest 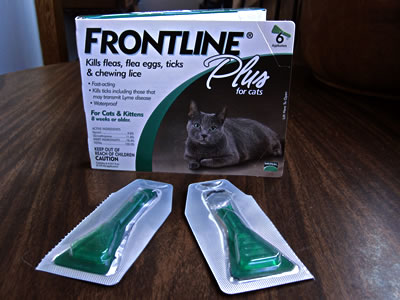 Looking for natural flea treatments for cats without toxic chemicals. 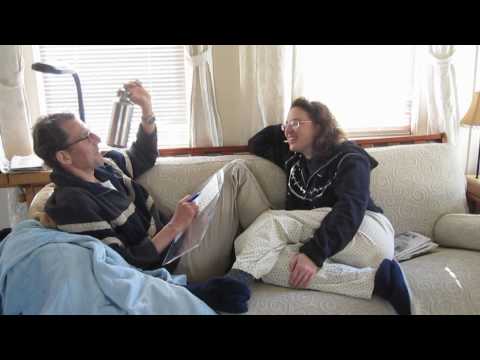 A few weeks ago, my husband Michael forwarded me the NY Times article, “Therapists Report Increase in Green Disputes“:

As awareness of environmental concerns has grown, therapists say they are seeing a rise in bickering between couples and family members over the extent to which they should change their lives to save the planet.

In households across the country, green lines are being drawn between those who insist on wild salmon and those who buy farmed, those who calculate their carbon footprint and those who remain indifferent to greenhouse gases.

Wondering if Michael was trying to tell me something by forwarding that article,  I cornered him one Sunday afternoon while he was minding his own business and quizzed him on his feelings about my plastic-free ways and whether or not he felt I judged him. Here are just a few snippets of our half hour conversation.

Many of you have seen Chris Jordan’s recent heartbreaking photos of dead albatross chicks on Midway Atoll with bellies full of plastic.

And perhaps you have seen, or at least heard how sea turtles eat plastic (PDF), mistaking it for the jelly fish upon which they usually dine.  (Photo courtesy of Seaturtle.org.)

Most recently, beached whales have been found with plastic in their bellies.

People see these images or read these stories, maybe feel sad for a minute, and then go on about their lives. Albatrosses and sea turtles are creatures most of us don’t encounter on a daily basis. Their fate is sad, but it doesn’t directly affect us. Well, I want to show some photos and relate a story from the Terry-Stoler household that brings the issue of harm to animals a little closer to home. 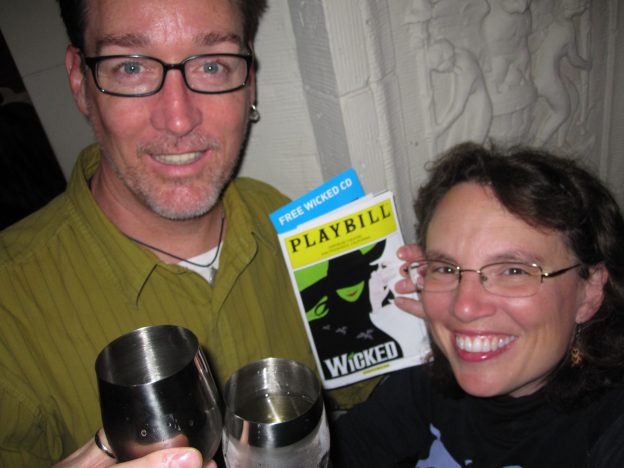 After seeing two Broadway musicals this past week (Wicked, for the second time, and Rent, for the fifth) I just have one quick and easy tip to share today.  Skip the plastic wine cups during theater intermissions. Bring your own reusable beverage container.

I came prepared with two of the stainless steel wine “glasses” I purchased this summer — one for me and one for my friend Mark. But you can use pretty much anything that will hold liquid. It’s a great conversation starter and an awesome way to hold up the line and irritate the people behind you.

Or fill up your Klean Kanteen at home and bring it instead. It’s stainless steel, so no one can see what’s in it anyway. Just kidding. I would never suggest that you bring outside beverages into the theater with you other than plain tap water.  (I’ve been up all night working on a website [not mine] and am probably exhausted, but I had so much coffee yesterday [in my reusable… Read the rest

A Jedi is always prepared… 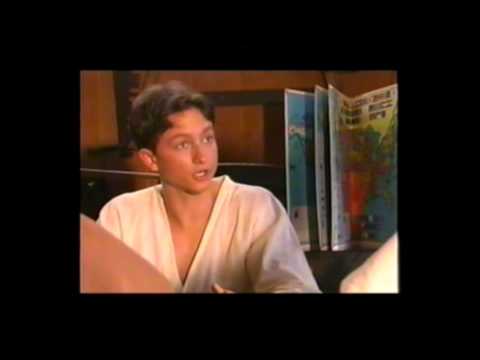 … with her/his reusable travel mug or water bottle. And this post is just an excuse to show off the depths of our geekitude last Saturday at San Francisco’s WonderCon comic book convention.

Really, it was a wonderland of plastic… plastic action figures, plastic-wrapped posters, plastic bags, plastic boobs (I think). We only went for the opportunity to dress up in costumes left over from the short film Reservoir Jedi, made by Michael and his friend Andy several years ago, and for the chance to see what Mark Hamill and Carrie Fisher look like up close these days.

But even at a fantasy convention, the rules of Fake Plastic Fish apply. Michael had his Klean Kanteen, I had my travel mug, and we both refused the plastic swag bag offered at the entrance to the fest.

We walked around looking fabulous (I would so totally dress like this every day if I could get away with it) but did not buy anything but coffee. On the way to the convention center, … Read the rest 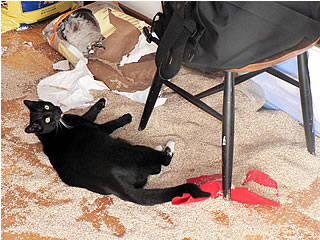 Arya loves SwheatScoop cat litter. She loves to rip open the bag, spread the litter across the kitchen floor, and then lie in it and take a nap. Why confine such an awesome substance to her litter box?

Soots on the other hand, will have almost nothing to do with it. To avoid grossing you out, I provide the following black and white representation of what Soots thinks of SwheatScoop:

I wanted to love Swheatscoop natural clumping, flushable cat litter. I really did. Especially because it’s the only flushable* litter that comes in a paper bag rather than plastic. [2016 update:  Swheatscoop has switched to a plastic bag.  We now use Integrity cat litter instead.] Even the boxed litters have plastic bags inside.

*For those who weren’t here for the beginning of the cat litter story, we feel comfortable flushing their poop because they are indoor cats that have tested negative for toxoplasma gondii, the parasite that kills sea otters.

We tried… Read the rest 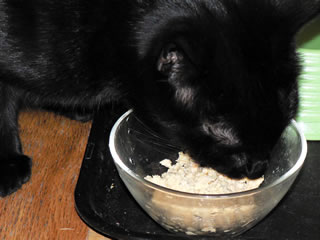 This is the amount of waste we have been generating each week to feed our cats since they came to live with us in December of last year. 21 BPA-lined cans to be recycled, as well as a cardboard case covered in plastic wrap. The cans never made it to my tally. While I avoid canned foods for us because of the BPA issue, I don’t include them in the tally because it’s impossible to separate out the weight of metal vs. plastic. Still, regardless of the plastic lining, this is a lot of waste. Yes, the cans can be recycled. But imagine how much energy could be saved if we could avoid the cans altogether!

So, I went in search of homemade cat food recipes. I found all kinds of conflicting opinions. There are those who insist cats must eat raw meat to be healthy. And there are those who feel that cooked meat and grains are fine. Not wanting to short-change my pets, I called the Nutrition Clinic at the U.C. Davis Veterinary Medical… Read the rest 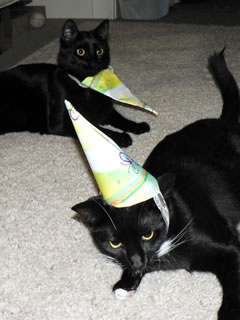 Mommybeth sez nao dat we iz BIG CATS not lytl kittens she will cookz us fud “frum skratch” 2 avoyd plastick rap and BPA canz & we don get dis will she skratch at our skratching post & fud will jus appeer? Y don *we* jus do skratching ourselz & cutz out midllman or midllwomin or wutever. Wao daz a lot about skratching we gess *dis* wuz a skratching post LOL. Mommybeth sez she will put up weakly plasstik tally 2morow wen she not feelz so weekly.

O hay also u allz votez 4 Obama rite rite rite?? he iz verry kool & we wud votez 4 him but we are 2 young & plus were CATZ & we triez 2 get Acorn… Read the rest 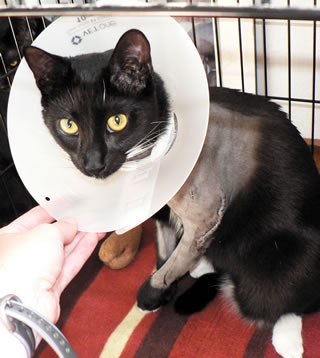 Well, what can you do when little kitties just lick off the bitter lotion we put on their sutures to keep them from doing just that? Bitter! Yum Yum! Anyone need a plastic bottle of bitter lotion? My cat thinks it tastes like dessert.

At least Arya’s fur will grow back. Some cats look like this all over… on purpose.

Arya would thank you all for your nice words and wishes for her recovery, but she’s a cat and too busy trying to figure out how to get that darned lampshade off her head (and plus, she’s kinda stoned right now, the little druggie), so I will thank you all instead. Thank you so very, very much.

The CRRA Conference presentation went really well today despite my lack of sleep last night and weekend of kitty worries. Hope to write more about that and get back to my regular blogging schedule very soon. (Maybe I’ll combine plastic tallies for two weeks this coming Sunday.)

Oh! And I keep forgetting to mention… Read the rest