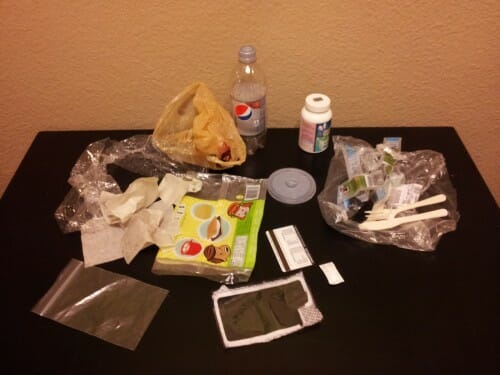 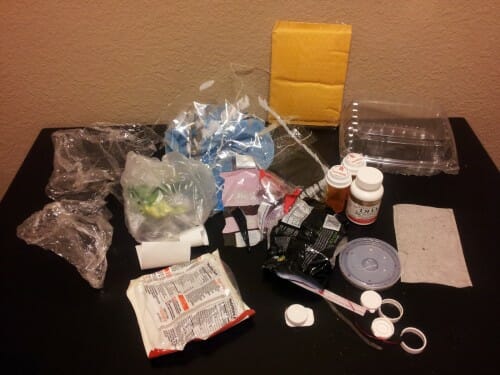 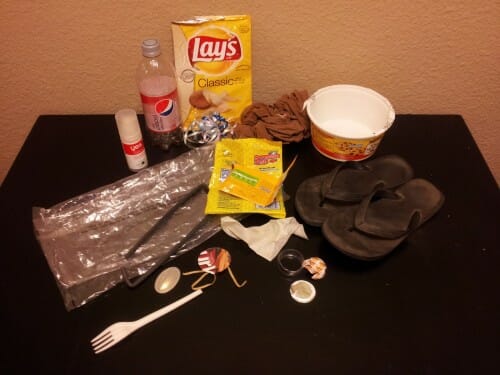 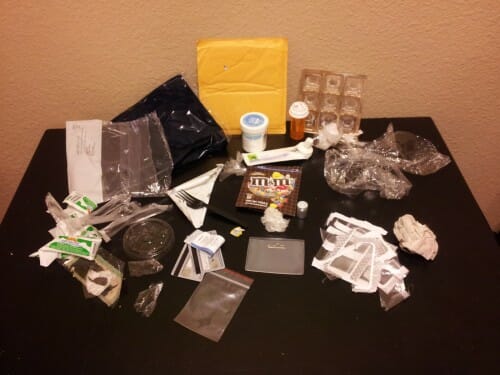 Any way to recycle credit cards? Google kept coming up with references to Earthworks System, but their website won’t load. 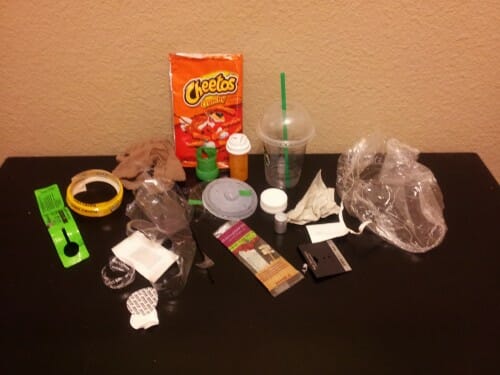 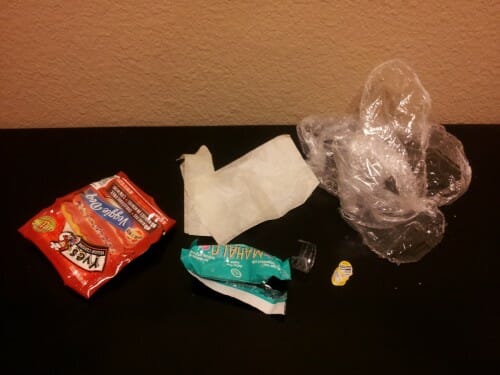 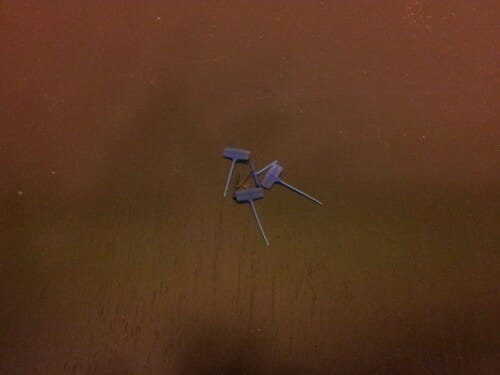 My plastic tally weeks go from Friday through Thursday. This week starts the day after Thanksgiving, where I just went to Goodwill so have a few tag fasteners from that. Then Saturday I went to Mexico for a week. :) I went to a vegan yoga retreat; I heard one of the organizers describe the place as a “eco-boutique” resort. I know they used some plastic in the kitchen (such as plastic wrap over the fruit plates at breakfast), but almost nothing used while I was there, just one water bottle, plus a couple food items from the airport.

I was told, and it seemed to be the case, that there isn’t much recycling to speak of in Mexico. That’s why I put the bottles under nonrecyclable, because they weren’t recycled. 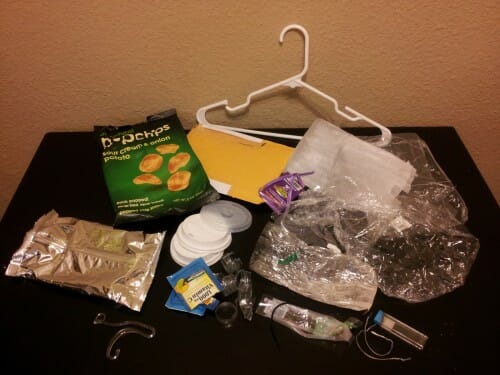 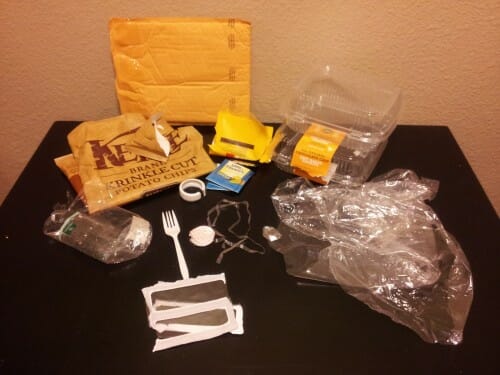 Do you bring your own containers to restaurants for a doggy bag? What are the servers’ reactions? Is it as accepted as reusable bags at a store?