Antimony – Another reason to avoid bottled water… and polar fleece? 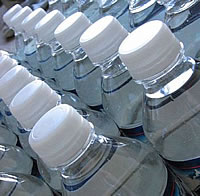 Bottled water sucks. Aside from the moral issue of privatizing what should be a public trust, the plastic containers are made from oil, a non-renewable resource, and last virtually forever in the environment. We know this. We know about the waste from plastic water bottles and the fuel that it takes to ship them. We know we should be drinking tap water and filling up our reusable bottles if we want it to go.

But some of us, taking the REDUCE, REUSE mantra to heart, refill those disposable plastic water or soda bottles instead of using a non-plastic container. It’s one way to keep plastic out of the landfill, right? True, but it might not be the healthiest idea.

Last night, Martin from the Plasticless blog posted a video demonstrating how to boil water in a plastic bottle (the typical #1 PET disposable bottle) and wondered if this practice was safe. He, like most of us, had heard that heating food in plastic is a no-no, yet he had stumbled upon instructions… Read the rest

Mowing My Weeds: Why Buy When You Can Borrow? 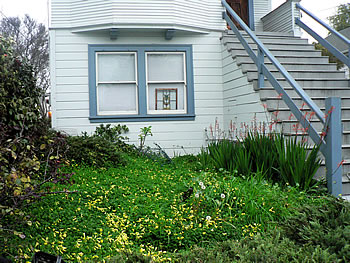 This was our postage stamp-sized front yard on Saturday. Michael and I thought it was pretty. But I was concerned that neighbors would report it as a hazard. The flowers weeds were over a foot tall and harboring who knows what furry little beings. Something had to be done, and I was not ready to pull it up and start our veggie garden.

I decided to just mow the weeds and leave some green. But we don’t own a lawn mower. Remembering my success with the Craigslist crockpot, I once again subscribed to a Craigslist search, this time for “push mower.” But after several weeks without success, I decided to just go ahead and buy a new one. Michael, bless his conscientiously frugal heart, talked me out of it. “Beth,” he said, “How often do we ever have to mow? You’re going to buy a mower for the one time a year when we actually have rain and the plants grow by themselves?”

He was right. Still, I didn’t want to pull … Read the rest 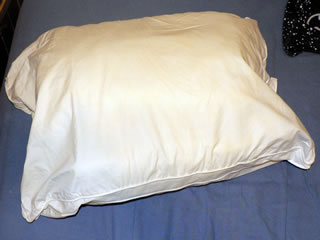 As part of the spring cleaning that happened in our house last week, and to rid our space of the germs that have been plaguing us, I decided to wash my pillow. In the washing machine. And then dry it in the dryer. Which turned out to be not such a great idea, actually. The (fake plastic) stuffing did a little dance and ended up completely discombobulated.

Unable to bear the thought of tossing the pillow (which of course means adding it to my plastic collection), I slept on it like this for several nights and ended up with a sore neck. It was like laying my head down on a cinder block.

Not being the DIY queen that many of you are, sometimes I am oblivious to the obvious. Thankfully, there are other bloggers who can help. So, searching the Internet, I found instructions for using a fresh pillow case to create a newish pillow from the old stuffing. My pillow’s cotton case was in fine shape, so I was able to reuse it after fixing the stuffing inside.

I realize the following… Read the rest

I don’t think our toilet was this clean when we first moved in to our apartment. I personally have scrubbed and scrubbed with a brush and been unable to remove the mineral stains. Not that I’m a great housekeeper. I’m not. In fact, I suck. And Michael does his best, but you know, we just have other priorities. So Monday, to celebrate President’s Day, we had our place cleaned from top to bottom by the eco-friendly members of Natural Home Cleaning Professionals.

I say “members” because Natural Home Cleaning is a worker-owned cooperative whose goal is to support families to be economically self-sufficient. The company serves the San Francisco East Bay from Southern Richmond to Fremont. Workers are trained in natural cleaning techniques, encouraged to start with the least toxic products (like vinegar and water) and slowly work up to stronger products as needed. The strongest cleaner used is … Read the rest 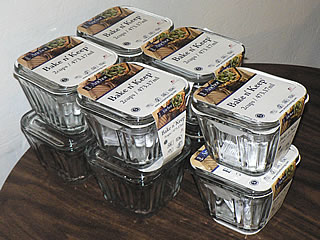 A couple of weeks ago, I bought ten brand new Anchor glass refrigerator containers, similar to the vintage variety mom had. I found them at my local Container Store for the lowest price, and if there had been more of them in stock, I might not have stopped at just ten.

(I believe the Container Store has stopped carrying them, but you can still find them on Amazon or eBay.  A purchase via these links earns me a small percentage to support my plastic-free mission.)

The containers and lids are made of glass, packaged in cardboard, with zero plastic. Nada. And they are sturdy, able to survive freezer, oven, microwave, & dishwasher without complaint.  Each holds exactly one day’s worth of homemade cat food for Soots and Arya, unlike the repurposed plastic containers I had been using which were all different sizes and shapes and generally a pain in the neck to fill and to stack.

So why the guilt?

Saving the Planet (aka Plastic, a**holes!) 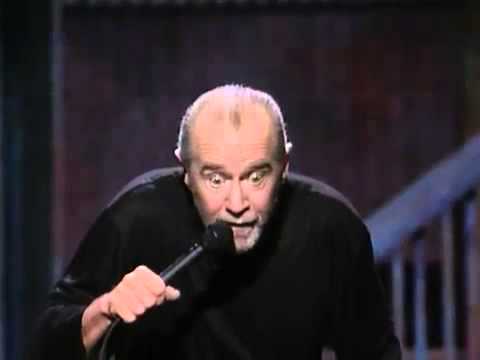 If you haven’t seen George Carlin’s infamous rant about the arrogance of thinking we can “save the planet,” you should. It’s here on YouTube. But I warn you: it’s not for the faint of heart, delicate of sensibility, or young of age. I haven’t embedded it in this post because I don’t want to be accused of corrupting the young. Again. (Hi Hayley.)

Here’s a sample, (one of the few bits without four-letter words) as Carlin begins his unique rap about plastic:

The planet has been through a lot worse than us… been through all kinds of things worse than us. Been through earthquakes, volcanoes, plate tectonics, continental drift, solar flares, sun spots, magnetic storms, the magnetic reversal of the poles, hundreds of thousands of years of bombardment by comets and asteroids and meteors, worldwide floods, tidal waves, worldwide fires, erosion, cosmic rays, recurring ice ages, and we … Read the rest

Gimme5, Brita, Preserve, and You! 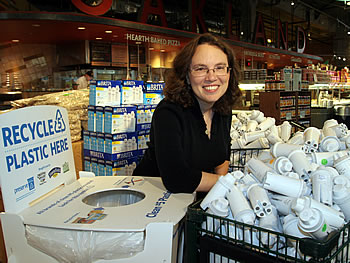 Can you believe that the day this photo was taken I was so sick I could barely stand up?

I wrote all about the culmination of the Take Back The Filter campaign in a post on the Take Back The Filter web site, but I forgot to write about it here… until today. Michael woke me up from a sound sleep this morning with the news that I and the campaign had made the front page of a very important newspaper. Better than the NY Times, I made our local East Bay Express.

Seriously, the article “The Blogger and the Bleach Company” is very well-written and balanced, describing the reasons behind the campaign as well as its results. And reading it, I realize how important it is now that the recycling program has been created that we support it and make sure Brita users know it exists. If no one actually returns their filters for recycling, the program could fail and be discontinued.

Hey, whatcha got in that swag bag? 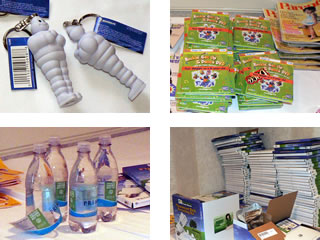 First of all, thank you all for your support. I’m grateful to everyone who left an encouraging comment on my Fark post. I’ll write more about it in my own comment on that post. Right now, I need to ask for your help again.

The annual Blogher Conference is coming up in July. Last year, it was held here in San Francisco. This year it will be in Chicago. But that’s not the only difference. After several of us bloggers made our green voices heard critiquing last year’s event, the organizers listened and have put together a Green Team for suggestions of how to make this year’s conference as eco-friendly as possible.

I’m happy to be a volunteer on the Blogher ’09 Green Team. We’ve already had one conference call and discussed all kinds of issues, from how to get attendees to the hotel from the airport using group transit to planning buffet-style menus requiring no disposable tableware.

One of the ways that conferences… Read the rest 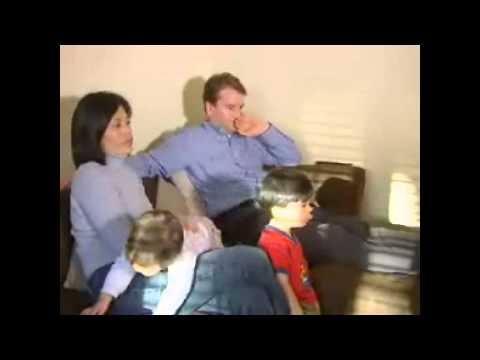 This Monday, I was happy to be the subject of an article in the Philadelphia Inquirer by Green Space columnist Sandy Bauers and quite pleased with her article, “She wants to say 2 words: No Plastics” (PDF), and follow up blog post, “Purging the Plastics.” I was especially honored to be interviewed by Bauers because she “gets it.” Green Space is her column about how to reduce your carbon footprint in everyday life. It appears every other Monday in Health & Science. I stumbled upon Sandy’s year-end article, “Doing The Little Things That Will Save The World,” and was particularly delighted that her #1 and #2 steps were plastic-related: Shop with reusable bags and Drink tap water.

Well, the thrill of the article lasted through this morning when I got an email from Michael telling me that Sandy’s piece had made the front page of Fark.com. Now, I had never heard of Fark until this morning,… Read the rest 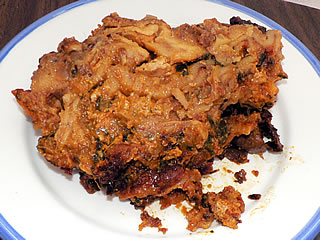 I’ve been having fun with my new-to-me crockpot. Thanks to everyone who suggested recipes. One of the perks of having a blog is all the free advice from readers. My first easy project was froghair’s black bean chili. Confidence boosted, I tried vegan lasagne a few days later. Here are the ingredients:

Thanks to my friends Jen and Red for the Rainbow Grocery gift certificate they gave me for Christmas. Most of the ingredients came from bulk bins at that amazing store. Thanks also to JessTrev who told me about Bionaturae tomato paste that comes in a glass jar rather than BPA-lined can and who also told me I could put regular dry lasagne noodles (not necessary to buy the quick kind) into the crockpot if I used enough liquid.

This recipe is mostly a product of my own imagination. We love it. I hope the inspiration keeps coming!