Did you know Vita-Mix, the high speed blender that is so fast it can make hot soup, originally came with a stainless steel container instead of plastic?

If you don’t have time to read this whole post, please click the following link to sign and share the brand new petition I posted on Change.org last night asking the company to bring back the stainless steel container.

Do I Look Good in Plastic? 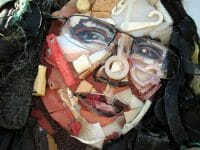 Artist Tess Felix creates amazing portraits out of plastic trash she collects near her home in Stinson Beach, CA.  She reached out to me in early 2012 when I was finishing up the manuscript of my book to see if she could do my portrait for the book’s jacket.  Sadly, it was too late for that.  But this summer, she did a series of portraits of ocean advocates–including me–and displayed them this weekend at the Bioneers Conference in Marin County, CA.  I think we all look amazing in plastic, if a bit trashy.

But before I show you our portraits, I have to show you what drew me to Tess’s work in the first place.  It’s edgy and bold and makes a statement.  A plastic mermaid, for example, with a toy gun.  Maybe she’s pissed off at what we are doing to our oceans.… Read the rest

It’s #BlogActionDay and My Smartphone May Be Violating Your #HumanRights

On Blog Action Day, bloggers around the world all post articles on a single topic.  This year, the topic is human rights, and as I sit here typing (or Swyping) this post into my Android mobile phone, I’m acutely aware that having a smartphone is very definitely NOT a human right. (Okay, this is going to be one of those weird, winding, philosophical posts that may not end up where we think it will. Let’s just see where it goes, okay?) So yes, human rights. But first, let me explain why I bought this phone.… Read the rest 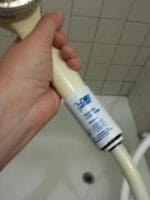 I thought this was post was going to be another one of my triumphant reports about how I avoided buying a new plastic gadget because I was able to fix the old one. Like the tale of the rice cooker, or the umbrella, or the laundry basket, or even the washing machine. I imagined how proud and accomplished I would feel to report how instead of replacing my worn out shower head, I had cleaned and repaired it and made it good as new.

Sadly, this is not that post.  No, this post is about trying, failing, and wasting a whole lot of duct tape. But lessons were learned. Possibly. So I’m going to share the experience here anyway.… Read the rest

How Fracking is Driving the Plastics Industry

Most people still think that plastic is made from petroleum–oil.  And much of it is.  But in the United States, a large percentage of plastic is actually made from natural gas.  Why? … Read the rest

Plastic in Austin Hotels and Restaurants 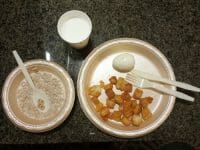 Tuesday morning, I met up with Daniella Russo, executive director of the Plastic Pollution Coalition, for breakfast at her hotel, the Hyatt Place near the Austin Convention Center.  Here’s a photo of Daniella’s breakfast:

From a distance, the dishes look like ceramic and glass, right? Nope. All plastic. Even the mug meant to hold hot coffee… plastic.… Read the rest 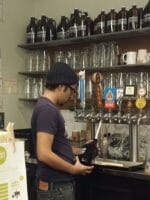 04/27/2018 Update: Sadly, in.gredients closed it’s doors today.  But please read on, as this company was a great example of the first zero waste grocery store in the United States.

I’ve been dying to visit In.gredients since before the store even opened for business, and I profiled the company in my book Plastic-Free based on a telephone interview and articles I had read about a new packaging-free grocery store opening up in Austin, TX. So almost immediately after arriving in Austin yesterday afternoon, I headed over to this mythical zero waste grocery store to see if it was as awesome in real life as it had been described to me back when it was still in the planning stages. And you know what? It’s better.… Read the rest

What Do You Think of Rewards Programs? Are Some Better Than Others? 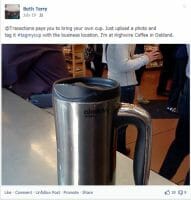 I just watched Annie Leonard’s Latest Video from The Story of Stuff Project: The Story of Solutions.  And I have a few thoughts that might not be entirely popular.  Here’s the video: http://act.storyofstuff.org/page/s/growing-solutions

In it, Annie argues that not all “solutions” to our environmental and social problems are created equal. Some solutions simply promote the status quo, while others are “game changers.” And I’m excited to see that she has decided to use plastic pollution solutions as an example.  According to The Story of Solutions:

You’ll have to watch the video to understand her reasons for classifying these two kinds of “solutions” this way. But I’d just like to offer my take on incentive programs: I don’t… Read the rest 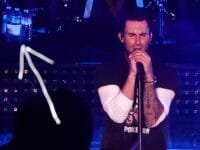 I came to see you last night at the Shoreline Amphitheatre in Mountain View.  I bought my ticket in April and have looked forward to our little visit for months.  I’m not embarrassed to admit that despite having the most awesome husband in the world, I get all squishy feeling inside when I see you on TV or hear a Maroon 5 song on the radio. You are my 2013 version of Donnie Osmond, Shawn Cassidy, Andy Gibb. (Yes, I’m that old.) I have been known to tell my friends I would walk across the floor on my tongue for you. Only sort of joking.

So last night, I joined all the other straight or bi women and gay men who feel the same way about you. And when you first appeared on stage, I was thrilled.… Read the rest

Virgin America — a Step on the Plastic Reducing Path 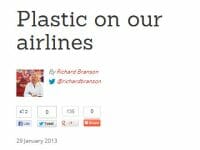 Back in January, I wrote an open letter to Richard Branson, founder of the Virgin Group, and to David Cush, the CEO of the Virgin America airline, asking them to reduce the amount of plastic waste generated by their planes.

Now, after working together with Virgin America and the Plastic Pollution Coalition for the past few months, I can report that the airline has taken its first steps in helping to reduce plastic waste in the air.

Virgin America asked the Plastic Pollution Coalition to create an educational video for its passengers with helpful tips for reducing their plastic footprint while flying.… Read the rest