It’s #BlogActionDay and My Smartphone May Be Violating Your #HumanRights

On Blog Action Day, bloggers around the world all post articles on a single topic.  This year, the topic is human rights, and as I sit here typing (or Swyping) this post into my Android mobile phone, I’m acutely aware that having a smartphone is very definitely NOT a human right. (Okay, this is going to be one of those weird, winding, philosophical posts that may not end up where we think it will. Let’s just see where it goes, okay?) So yes, human rights. But first, let me explain why I bought this phone.… Read the rest

This Blog Is Going to Change. For the Better — I Hope. 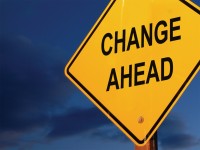 Have you noticed I don’t blog much anymore?  I’m averaging about two posts a month, and I’ve been feeling like I’m letting my readers down.   (For those of you subscribed to the Show Your Plastic Challenge posts or Community Discussion Group, it may seem like you receive a lot from me, but those posts are written by other people — other awesome, involved, engaged people.  You guys rock!)

So I’ve been doing some thinking (which is not in itself news, by the way.)  I’ve been pondering why I am blogging so little lately.  It’s true that I am incredibly busy these days — with activist work, giving talks, maintaining my accounting job, having a life.  I have a list of about 50 blog posts that I would love to write, and no time to actually sit down and write them.  Because blog posts generally take me at least 90 minutes of uninterrupted time, if not more, to put together.  (Some posts take all … Read the rest

Fake Plastic Fish is an awesome blog name. But sometimes awesome things have to change. I’ll explain why in a second. But the important thing is that before the end of the year, fakeplasticfish.com will become myplasticfreelife.com.

The site URL is scheduled to change tomorrow (12/31) around 12pm Pacific Time.  So please don’t make these changes until then.

1) If you subscribe to Fake Plastic Fish via a feed reader, you will need to subscribe to http://feeds.feedblitz.com/myplasticfreelife. 2) If you subscribe via email, you don’t need to do anything. I will switch you over automatically. 3) If you have bookmarked this page, please change your bookmark to https://myplasticfreelife.com 4) If you have been kind enough to link to Fake Plastic Fish on your blog, either in a blogroll or in a post, I would be sincerely grateful if you would change the URL to https://myplasticfreelife.com.… Read the rest 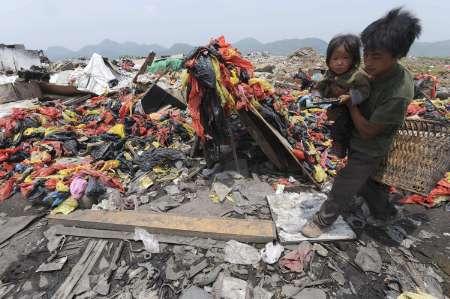 Reuters: A rubbish collector carries his baby as he walks amid plastic waste at a garbage dump site in Guiyang, Guizhou province June 3, 2008.

Today is Blog Action Day. Thousands of bloggers have united to discuss a single issue – poverty. The aim is to raise awareness and initiate action.

Honestly, I signed up to participate without giving the topic much thought, and now that I must come up with a blog post on the issue of poverty, I am nearly struck dumb. What can I possibly say about such enormous suffering?

So my contribution will simply be to show some of the plastic pollution all over the world, pollution which ends up in the world’s poorest regions because, like the plastic floating out in the North Pacific Gyre, these regions are to the Global Rich, out of sight and out of mind. 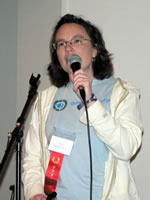 Returning from Earth Resource Foundation’s “No Plastic Left Behind” conference this weekend, it occurs to me that Fake Plastic Fish is lonely. Look at her swimming by herself in a big polluted fish pond. In the beginning, the only other plastic-free bloggers she knew of were Plasticless.com and Vancouver’s Plastic-Free in 2007. But that gal hasn’t posted since January. (Where are you EnviroWoman?) Then along came other similar souls: Life Less Plastic swimming in Chicago, the Biscuit Queen in New York, Polythene Pam in the U.K. and recently Plastic Is Forever, two gals in New York and L.A. But the plastic-free world needs more voices!

Because living a plastic-free life depends on what’s available where you live. What I realized after attending the conference in Orange County, CA is that I am very, very lucky to live in the SF Bay Area where natural food stores with their big bulk bins are abundant. I … Read the rest 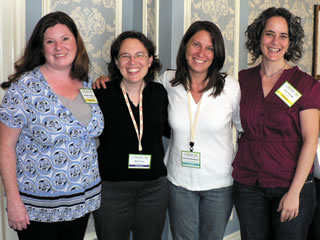 The Blogher Conference was kinda overwhelming. I feel like I’ve returned from another planet and need to be quarantined and debriefed. It was refreshing to go out to dinner last night with Michael and his sister and cousin and find out that they had never heard of Twitter. Have you? Because I had heard of it, and even signed up for it months ago, and then never “tweeted” because I didn’t understand why I should. But OMG, everyone at Blogher08 was tweeting up a storm. So, never one to resist peer pressure, I started tweeting too. Wanna follow me?

It was fun to hang out with some real live green gals whom I’d only so far met through cyberspace. From left to right: Jenn from The Smart Mama, me, Michelle from Green Bean Dreams and Jenn from Tiny Choices. Mamabird from Surely You Nest preferred to take the picture rather than be in it.

Blogher – Where the smart girls are

Today is the last day to register. I’ll be there. Will you?

On June 6, Clif commented, “After checking out the blogs of Crunchy, Chili, etc., I just realized what happened to all those girls who got A’s in class and contributed all the poetry and stuff to the middle school yearbook while we boys were having fistfights and sneaking cigarettes…they grew up to start blogs!”

Well, many of those “girls” will get to meet up in person the weekend of July 18-20 in San Francisco, CA. I’m so excited that the Blogher conference for women bloggers will be hosted in my town this year. I’ve registered for all three days. But you don’t have to sign up for the whole conference. If you can only make one day, I’d suggest Friday the 18th, since that’s the day of the Blogging Birds of a Feather Meet-Up for Green/Social Change bloggers. It will be hosted by Britt Bravo of Have Fun * Do Good, whom I interviewed… Read the rest 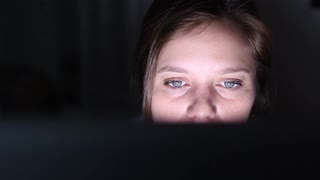 I had planned to write a post about plastic on BART (Bay Area Rapid Transit) tonight, but I’m tired. And a little depressed. Because I just got wind of the fact that one of my favorite bloggers, Crunchy Chicken, is going to retire from blogging for a while, take a mental health break because of serious stresses in her life, and part of me went, “Oh. Lucky girl.” Is that f@#$ed up or what?

Don’t get me wrong. I love, love, love Fake Plastic Fish. I love how much I’ve learned since I started blogging here, and I love and appreciate all the support and great ideas I’ve received from FPF readers. But I’m also a perfectionist. So each night before writing my post, I have to psych myself up for the task at hand. I’m not a natural writer who can whip up a frothy bloggy confection lickity split. I usually have to add a few drops of agonizing and whining before the thing is done.

A while back, several technology bloggers… Read the rest

I have a confession to make. I have developed Greedy Blogger Syndrome.

How do you know if you have GBS? Here are the tell-tale signs: 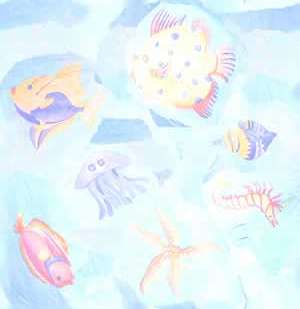 We are no longer in Paradise, kids. I tried to purchase the domain name plasticparadise.com last night, and of course it was not available. It’s actually a directory of plastic items for sale! Not my kind of Plastic Paradise. So I puzzled and puzzled over P words until my puzzler was sore. I went to bed and puzzled some more. Then, some time early this morning, it came to me in a flash: Fake Plastic Fish. Say what?

In the past, fake food was made from wax, as the article explains. Nowadays, it’s made from plastic. So the fake fish on the… Read the rest