Guilt and a Green Conscience

A week or so ago, I asked you to leave a comment about one thing you feel guilty about — an eco-confession — to enter a surprise giveaway. The prize is a copy of Franke James’s illustrated book, Bothered by My Green Conscience: How an SUV-driving, imported-strawberry-eating urban dweller can go green.

But I asked the question about guilt for another reason. A while back, reading through ancient posts from a long-ago blog I used to keep, I came across a piece I wrote called, simply, “Guilt.” It’s heavy duty. It was written during a pretty bleak time in my life, a time long before plastic-free living and eco-activism. A time when I didn’t know where I was going and couldn’t manage to do much to figure it out.

Here are a few excerpts. You can read the entire post here, but be warned that it’s not pretty and some bits might even make you angry.

I’m depressed. Me and half the country. But I work only… Read the rest

Irritated with Plastic Berry Containers? Give Them Back.

How do you buy berries and cherry tomatoes without plastic? Most small fruits come in those green plastic mesh baskets or increasingly in clear plastic clamshells. If you shop your local farmers market, it’s not a problem. The farmers want their containers back!

Save Plastic, Help a Farmer

This weekend, at my local Temescal Farmers Market, I brought back my cherry container (which happened to be cardboard) as usual to ask the farmer to reuse. I’ve always thought the farmers were making an exception for me and my plastic-free ways. But wandering around the market, I realized I was doing them a favor. Every farmer had a stack of baskets and containers that had been returned to them.

The egg vendor has always taken back his molded pulp egg cartons.

But I noticed the strawberry vendor had a stack of used green baskets collecting behind her stand.

The blueberry vendor told me he doesn’t even give his plastic containers to customers. Instead,… Read the rest

And then, in March, I discovered cotton balls in a cardboard box at CVS. I checked inside the box to make sure there wasn’t a plastic bag hiding in there. Nope. A paper bag. I got all excited and bought a box.

But as I walked home, I started to think. And the more I thought, the less excited I got. First of all, the packaging might not have been plastic, but there sure was a lot of it. Double packaging — box AND bag. It didn’t seem like such great alternative to the plastic after all.

The problem with cotton

Cotton is considered the world’s… Read the rest

08/24/2013 Update: My new favorite bamboo toothbrush is called Brush with Bamboo.  Read the full review here.  It wasn’t around back when I wrote this post.

What toothbrush would you choose? Recycled plastic in returnable packaging or natural wood packaged in plastic? Nylon bristles or natural pig hair? Or how about a stick that you chew on? I’ve been researching toothbrush alternatives and found that they all have pros and cons. How you brush your teeth will depend on your environmental and ethical priorities, I think. There’s no perfect answer. Which would you choose?

Origin: Made in the United States.… Read the rest 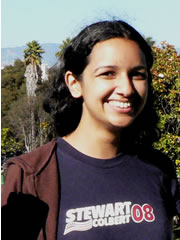 My friend Ruchi is full of questions.  The following is a guest post from her with answers from me.

When the Artist Formerly Known as Fake Plastic Fish emailed around asking if people would be willing to contribute a guest post, I was … flummoxed. See, I really wanted to help out. I did. But I had a problem. Anything and everything I know about plastic, avoiding plastic, wasting less plastic, etc, comes from … none other than Beth Terry, plastic-avoider extraordinaire. I mean, I COULD write some post about giving up zip-locs or not wasting plastic produce bags, or some such. But I’ve DONE that. The Artist Formerly Known as Fake Plastic Fish has DONE that. A gazillion times.

I have a lot of plastic problems. Now that I compost, it’s crystal clear just how much plastic I use (because that’s the majority of my trash.) And while it may not be as much as the average American (at least I hope it isn’t), it’s… Read the rest

Last Fall, Rodale.com’s Dana Blinder contacted me about plastic-free gardening. What she didn’t know was that I had already failed miserably in the gardening department several times and wasn’t sure gardening was my thing. That’s when we came up with a brilliant idea. Rodale would teach me how to grow an organic garden, and I would figure out how to do it with the minimum plastic possible.

My guru for this project is Rodale’s Eric Hurlock, Associate Online Editor for “Organic Gardening.” First, I sent him photos of my postage stamp front yard, the only space available for a garden. (My neighborhood in Oakland, CA, is in Zone 8B, according to the USDA Hardiness Zone Finder.)

I explained that the yard is basically hard clay that is overrun every Spring by tough little yellow flowers that refuse to be pulled up. Each year the landlord sends some guys over to chop the weeds down, but they’re never uprooted.… Read the rest

What is an LCD monitor made of? And what do you do if it breaks? I learned the answers to these questions the hard way.

The Stupid Thing I Did

Laptop monitors break easily, as I discovered a couple of months ago after closing the lid down on a couple of earbuds I had left on the keyboard. The ironic thing is that I had done it on purpose, trying to protect my expensive thinksound earbuds from my niece’s dog while I went to the bathroom. I learned that a laptop monitor is way more expensive than a pair of earbuds, and that the best option would have been to simply put them away in their case.

My heart sank when I opened my laptop back up and watched the words drizzle down the screen into a single black puddle. I’ll admit it looks kind of artistic in a minimalist way, but not very useful.

Crap!  I just got this computer in November, and I’ve already ruined it!

Thankfully, Michael still had an ancient desktop computer monitor I could connect to and keep … Read the rest