Many of you have probably already heard about the film Bag It: Is Your Life Too Plastic? that came out last year. But if you think it’s only about plastic bags, think again. There’s a reason the filmmakers ended up on my doorstep in 2009 to learn about how to live without plastic. 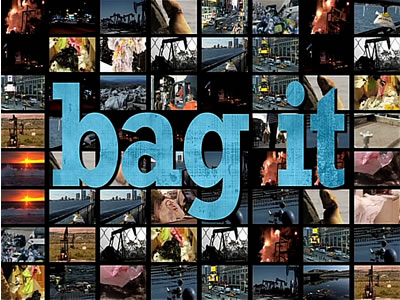 Bag It is the story of an ordinary guy named Jeb Berrier who one day has an awakening sparked by a plastic bag. 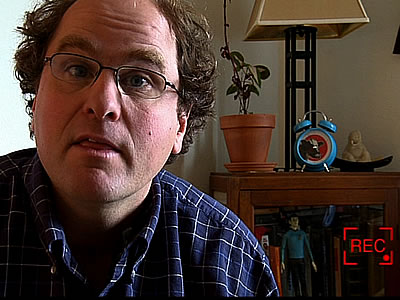 Learning about the problems with plastic bags leads him on a journey to find out more about plastic pollution and the harm from disposable plastic. 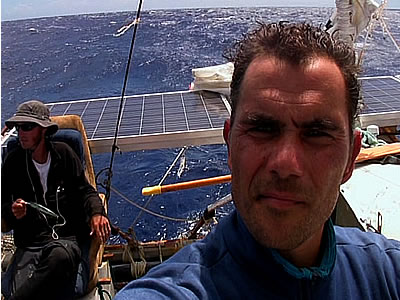 He exposes the myths of recycling, telling the truth about why it’s not the answer to our plastic pollution problem. 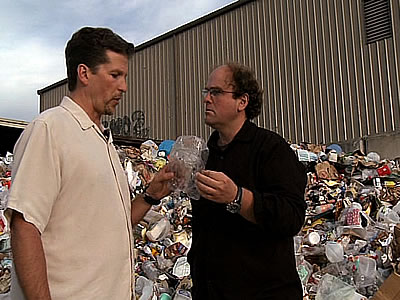 He calls out the plastics industry and American Chemistry Council and explains the techniques they used dupe the public. And he even experiments with his own body to see the impacts of chemicals from plastics like BPA. 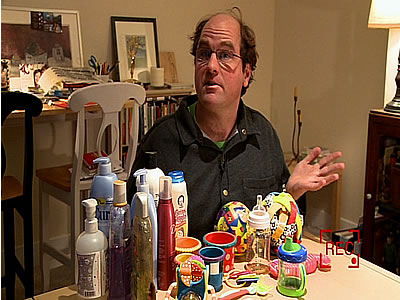 Trying to figure out if it’s possible to live without disposable plastic, he paid a visit to Chez Terry-Stoler in Oakland. I showed him my plastic waste collection: 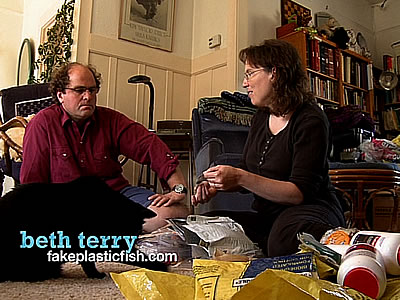 And at one point, standing in my bathroom, accused him of being a product of marketing. 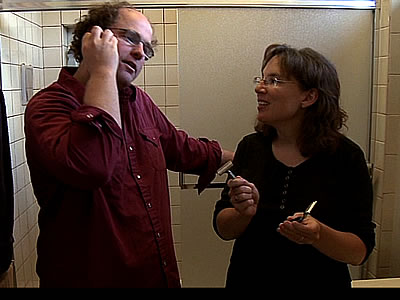 What I LOVE about this film, as compared to films like Addicted to Plastic, which I reviewed in 2009, is its emphasis on consumer empowerment and cutting consumption. The film sums itself up with the following take-aways:

Check the Bag It screenings page to find out about community screenings or times when it will be broadcast on television.

If you can’t make it to one of the upcoming screenings, consider purchasing a DVD and even organize a screening yourself.

You can save Bag It to your Netflix queue, but when it will be available is still unknown.

If you’ve already seen Bag It, please leave a comment letting others know what you liked, didn’t like, or learned from the film. 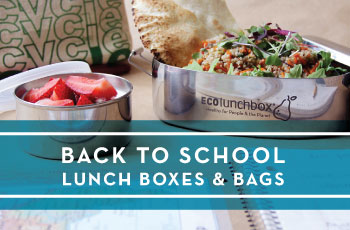 WHILE I KNOW SOME VERY TERRIBLE SECRETS I THINK YOUR DOCUMENTARY DOES NOT GO FAR ENOUGH OR REALLY PUT THOSE IN THE SPOTLIGHT OF CORPORATE CORRUPTION FOR WHAT IS HAPPENING NOW AND ALL THE CHEMICAL EVIL THEY HAVE DELIBERATELY CORPORATELY DONE TO THE HUMAN RACE FOR DECADES WORLDWIDE AND FOR ALL THE PLASTIC RELEASED AND POLLUTING CHEMICALLY TO HAVE EXTERMINATED SPECIES WITH LITTLE IN THE WAY OF ANY LEGAL LIBILITY TO PROTECT ANYONE WHO CAN SIMPLY AND SANELY UNDERSTAND THIS DOCUMENTARY AND ITS FUTURE WORLD IMPLICATIONS !

You’ve raised some good points which should leave the rest of us feeling slightly guilty over our inaction.
The more publicity the better.
Here’s to a better and cleaner world.

Hey Madz, I checked with the Bag It folks, and they said you can purchase the DVD through their web site even from New Zealand:

I checked but there is nothing anywhere close by. I reside near Wakefield Quebec where the store Life Without Plastic is located. I am still amazed after moving that there is sooo much plastic in this community. It’s like anti-plastic and organic can’t seem to have a business meeting together to get on the same page. I know they do screenings at a local hub of other movies, so I will pass on the info to the organizers.

I saw this a few weeks ago and liked it a lot. It was more informative than No Impact Man but not so serious that it wasn’t fun to watch.

Beth- you’re a brave woman opening up your bathroom on camera! :) Can’t wait to take a look at the movie.

sounds like a brilliant film, would love to find out if it will be distributed in New Zealand. or if nt how I can order a copy of it on DVD to pass around my circle down under.

I’ve seen the trailer it looks fab! Think I might write to them & see if they have Portuguese subtitles & if we can screen it here.

Exciting news!: The “Cups for the Community” & “Plates for the People” ball has started to roll in this little Portuguese Village.

At the Christmas fair they used actual mugs for wine so I wrote to them saying how great it was. Last night they had a meeting so I went along. & now we are putting out a request for donations of glasses, mugs, plates & money for the next event. & then hopefully these can be rented out for the bigger ones…. It’s early days but this was an exciting start!!!

Thanks for this post Beth . . . I will take my teenage son to see it next week!

Thanks for the link, Britt. Listening to it now.

Erin, I totally hear you about buying a new DVD! Did you check the television schedule on the Bag It screenings page? It’s at the bottom:

Also, would you consider going in on a DVD with others and hosting a screening?

I’ve seen Bag It already! I thought it was great. It was part of the Environmental Film Festival here in DC a couple of weeks ago. It was a morning screening and there were dozens of school groups in the theater. Jeb Berrier is pretty funny and the kids seemed to get really engaged in the film. Bag It covers many aspects of our plastic problem and that was great. I really liked the ‘experiment’ that Jeb runs by eating only canned and microwaved food for a few days (along the lines of Super Size Me, but can’t remember the details now) and then having his blood retested for certain substances. I was amazed to see how his blood test results changed so quickly.

I cheked before but there are non screenings anywhere close. It’s too bad they can’t sell it on iTunes instead of a DVD…#3, 4, 6 and 10 (I really don’t want another DVD)

This sounds like an interesting film. Unfortunately, it’s not being shown anywhere near me. Do you know if there are plans to distribute it on DVD?

Congratulations Beth and thanks for letting us know about the film & the Do Something Reel Film Festival. I hope to see a few of the films, including Bag It.

In November, the Queens of Green had a super interesting interview with the people who made Urban Roots: http://thequeensofgreen.podbean.com/2010/11/29/november-27-2010-leila-conners-and-mark-macinnis/