Guest Post: Why I love having to take my stuff to the Transfer Station myself 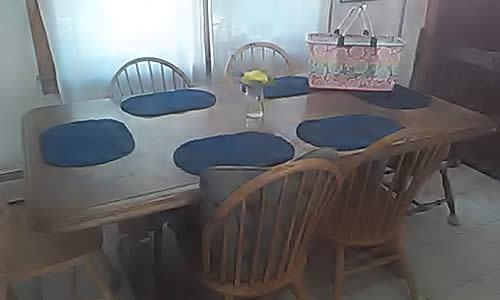 The following is an email I received from reader Susan Siu about how much she loves having to take her recycling to the local transfer center instead of having curbside pickup.  I loved it so much, I asked her if she would send me pictures and let me post her email here.  Don’t get me wrong:  I still want curbside recycling to be made available so that people who wouldn’t otherwise recycle will comply, but I love her enthusiasm for her local transfer station.  So, please enjoy this post about recycling/reusing in Southern Maine.

I LOVE your book and blog! I am a small-scale vegetarian organic homesteader in Southern Maine currently in the process of going zero-waste and plastic-free, and your book has been extremely helpful as well as fascinating. I have been watching many of your film/video recommendations with my kids, and they are sharing what they’ve learned with all their friends.

After reading your story about… Read the rest

You’ve probably already heard about the Japanese tsunami debris making its way across the ocean and the 66-foot long dock that washed ashore on the Oregon coast last week.  (According to NOAA, the debris is unlikely to be radioactive, by the way.)

The dock is a story in and of itself, but what made me realize it was also a story about plastic was the Oregon Parks and Recreation Department’s June 8 press release requesting bids for removal of the dock:

Salem, OR — The Oregon Parks and Recreation Department has reviewed options for removing the tsunami debris dock at Agate Beach. The department originally intended to pursue either of two options — demolition in place, or towing it off the beach to the nearby Port of Newport — but has since discovered the range of costs for these options overlaps. The reinforced concrete dock contains a large amount of styrofoam, making clean demolition a challenge and increasing the … Read the rest

Recently, several readers, including my dad, have forwarded me articles about a group of Yale students who discovered an Amazonian fungus (pestalotiopsis microspora) that can not only eat polyurethane plastic, but can actually survive on it as its sole source of carbon. Could a fungus be the solution to our plastic pollution problem? And what does it mean in terms of the kinds of plastics we see littered every day?

Let’s stop and think it through.

There are many different types of plastic polymers. In general, single-use disposable products, the kind that make up the bulk of municipal plastic waste, are made from polyethylene terephthalate, high and low density polyethylene, polyvinyl chloride, polypropylene, or polystyrene. Not polyurethane. Polyurethane is used as foam for furniture cushions, car seats, and mattresses; garden hoses; footwear; liquid varnishes;  and a whole host of other durable products–not the kind… Read the rest

Hilex Poly, the company that sued ChicoBag this year for allegedly reporting false information about plastic bags on its web site (charges which were never proven — but that’s another story) writes in a December 1 blog post, “Thanks to an industry-wide push, we’re happy to announce that the recycling of polyethylene (PE) bags, sacks and wraps increased to 15 percent in the last year!”

Last month, PepsiCo made a big announcement: it had developed the world’s first entirely plant-based PET beverage bottle. And although the new bottle is made from plants, it’s actually less like those corn-based compostable bottles you may have heard about and more like regular, ordinary PET (polyethylene terephthalate) plastic, the kind of plastic nearly all single-use beverage bottles are made from.

I’ll explain all about the new bottle, why it’s interesting, and what I see are its pros and cons. But first, I need to tell you about how I went a little nutty on Twitter the night after the story was published. See, normally I’d have taken the story in stride, looked into the bottle on my own time, and decided if it was worth writing about. But that night, I started seeing all these excited tweets about PepsiCo’s new “plastic-free” bottle.

The Truth About “America Recycles Day”

Today is America Recycles Day, brought to you by The American Chemistry Council, Pepsico, Nestle, and other mega corporations hoping that YOU will take responsibility for the plastic waste THEY produce so they won’t have to.

When most people tell you they recycle, what they mean is that they put their bottles, containers, paper, cans, etc. into the recycle bin instead of the trash bin.  Then, they can forget about it.  That’s not recycling.  That’s sorting.  Recycling is what hopefully happens after the materials are hauled away and  sold to the companies that convert the “waste” materials into new products.  How much of what we put into our recycle bins is actually recycled?  It all depends on the market.

In the case of plastic, most of the material is downcycled into secondary products like carpeting… Read the rest

Plastic is a Social Justice Issue (Van Jones at TEDxGP2)

How many of us check the number on the bottom of a plastic container to see if it’s one of the “bad plastics” to avoid?  How many are still willing to use #2, #4, or #5 plastics (the “safe” ones)?  Well, besides what I always say about… Read the rest

Is Recycling the Answer to Holiday Waste? 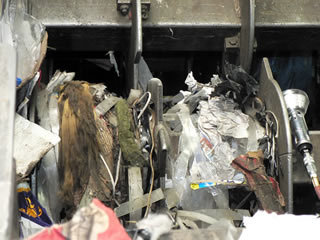 Actually, no. Recycling is certainly important. We do it in our home. But it’s not enough, and here are a few reasons why.

Recycling is a business.

Like any business, recycling relies on markets to survive. Do you know what happens to the metal, glass, paper, and plastic you put into your recycle bin? After sorting at your community’s recycling center, it is sold to companies that do that actual recycling, breaking down the materials and incorporating them into new products. But what happens if no one wants to buy the stuff we toss in the bin?

A NY Times article last year reported that much of our community recycling was piling up in warehouses or ending up in landfills, due to the economic downturn and lack of demand from China, the biggest export market for recyclables from the United States.

According to an L.A. Times article last month, recycling centers across California are shutting down in response… Read the rest

Plastic At My Singing Lesson and How to Recycle Used CD’s and DVDs. 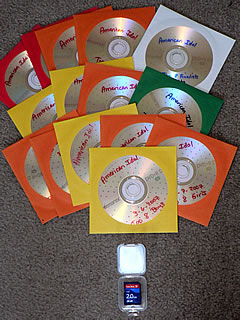 Not when your teacher records your lessons on CDs. I’ve had two singing lessons so far and have been spending my free time doing funny exercises with my lips and various other parts of my personal sound system. Good thing I never get embarrassed anymore.

You might not think a singing lesson would involve much plastic, and if so, you would be living in the last decade. My teacher records each lesson onto a CD for her students to take home and use for practice. The recording is a great help. The disposable polycarbonate plastic CD, not so much. So I asked if there were some other way to save the lesson… on a Flash Drive perhaps? Turns out, she has another machine that records onto SD cards. I have an SD card in my camera. Perfect! Each week, I can download the recording from the card into my computer and reuse the same card each time. This method could potentially save many, many CDs, depending on how long… Read the rest