Gulf Oil Spill: We Said the Night Was Full of Zombies 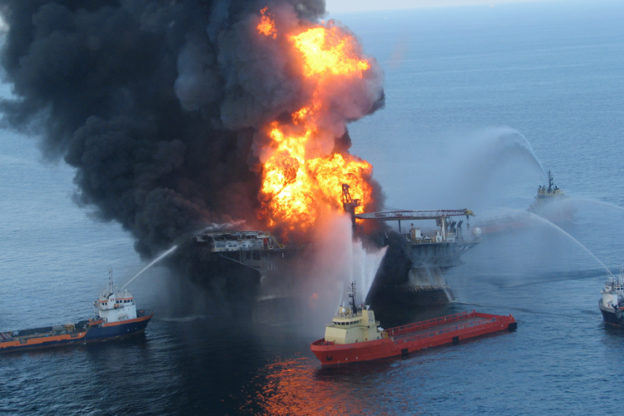 As an anti-plastics blogger, I should be able to write about the gulf oil spill in my sleep.  The connections seem obvious.  Plastic comes from oil.  Our demand for plastic drives up the demand for oil, as do our demands for all the other products made from oil.  I should be able to write about this topic as I would write about anything else related to plastic, things like  Bisphenol-A, bottled water, PVC, phthalates, ocean plastic pollution, and yet until now, I couldn’t.

Like the vastness of the ocean itself and the incredible magnitude of the spill, the topic was just too big to wrap my heart around.  It hurt too much.  Somehow the thought of oil gushing relentlessly up from the earth into the ocean felt even more nightmarish to me than that of plastic pollution washed by the tons into the same oceans.  What’s more, with all the commentary about whose fault it is, what methods should be used for clean up, and how the guilty parties should be … Read the rest

Nowadays, I stick to buying clothes that can be washed at home rather than dry cleaned. Dry cleaning is expensive and environmentally harmful. But I do still have several items of clothing, as well as some wool blankets, that cannot be machine laundered at home, and for those I need a good outside cleaner.

In the past, I have taken clothes to the dry cleaner down the street, not thinking about much more than the fact that I didn’t want any plastic bag covering my clothes. The cleaner would comply with my request, and I’d do an extra bit by returning my used hangers to them. This takes care of the waste problem, but not the more serious problem of the toxic chemicals used in the cleaning process itself.

Thanks to Big Green Purse, I’ve learned a lot about dry cleaning recently. Which is great because I was almost taken in by the “green cleaner” down the street. Rockridge Royal Cleaners on College Ave has posters in its windows … Read the rest 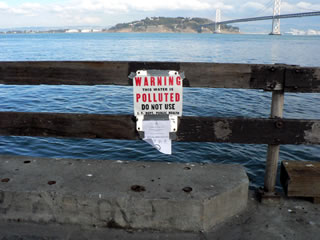 By now, everyone has heard about the terrible oil spill in the San Francisco Bay last week. Friday, I stopped at the wharf on my way to the Green Festival, to see for myself. The smell was terrible. Like walking into a chemical factory, except it was outside! Oil floated on top of the water instead of ducks. And the boat that hit the Bay Bridge was still anchored out there like a bad dog tied to a stake. Here are a few of the photos I took on Friday:

And here’s a little irony:

Those who would like to help with the cleanup can sign up at SF Baykeeper. Just one more reason that we need to discontinue our dependence on oil, including oil used to make plastics.… Read the rest

Of Coffee, Crayons, and Crackling Firelogs

Last Sunday at the farmer’s market, a woman asked me if I knew what crayons were made from. I didn’t. So when I got home, I did a little research. Most crayons are made from paraffin wax and pigment. Well, I know what pigment is. And I think I know what wax is. Or do I? So I looked up paraffin wax. Turns out it’s made from petroleum! You probably already knew that. Silly me. I had no idea.

So I did a quick Google search and found several brands of alternative crayons. Here are a few examples:

After looking up crayons, I started wondering about other things made from wax. Like waxed paper. I’ve seen eco web sites promoting waxed paper as an alternative to plastic wrap. But if they’re both made from petroleum, is there a difference? Does paraffin wax biodegrade? Apparently, it does, according to a study by Fabien Marino of the Department of Chemical… Read the rest