Hormone Disruptors in Boxed Mac & Cheese and Other Processed Cheeses 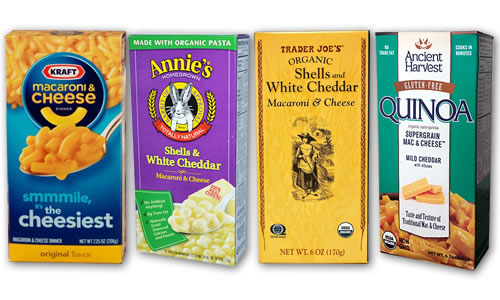 Since going plastic-free, I generally avoid processed, packaged foods.  So I haven’t enjoyed the Day-Glo orange of Kraft Mac & Cheese in years.  (Yeah, I used to live on that stuff in the 80’s and 90’s, with extra cheese added because, despite the advertising claims, it really isn’t the “cheesiest.”)

But the other day, Michael brought home a box of organic quinoa mac & cheese that someone had left on the curb as a freebie, and I thought maybe I’d go ahead and have it, its being free and all.

And then yesterday, I read that a new study commissioned by the Coalition for Safer Food Processing & Packaging has found phthalates — a type of hormone-disrupting chemical found in plastics — in 29 of 30 cheese products they tested.  Cheese powders from boxed mac & cheese had four times higher levels of phthalates than natural, unprocessed cheeses.  And other processed cheeses… Read the rest 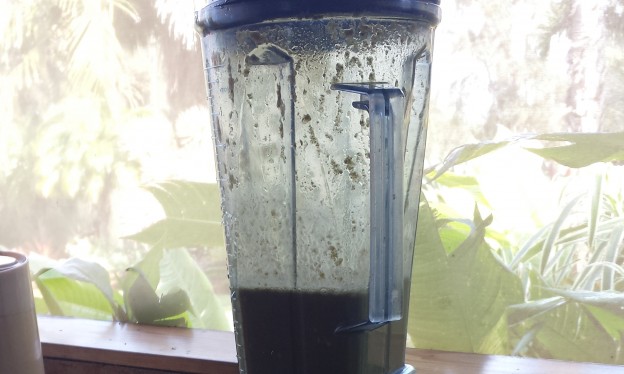 If you haven’t yet signed and shared the Vitamix petition I created and blogged about last October because you don’t own one of these high speed blenders and don’t plan to buy one, here are a few reasons to sign and share it anyway.

I myself don’t own a Vita-Mix.  As I gushed last September, I’m in love with my Waring Pro with its all glass and metal pitcher.  My blender may not be as fast, but it gets the job done without adding toxic chemicals to my smoothies.  So you would think I wouldn’t care about what material Vita-Mix’s pitcher is made from.  But the fact is, we are all affected by plastics on this planet, whether directly or indirectly.  This point was driven whom a few weeks ago during a week-long meditation retreat on the Hawaiian island of Molokai.

Opting Out of Toxic Checkbook Covers 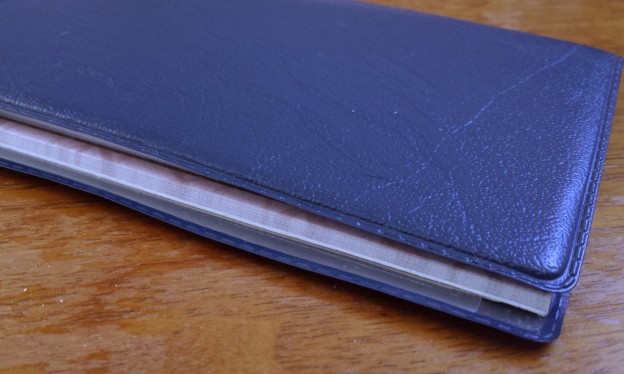 Have you ever considered your checkbook cover? If you’re like me, you might be so accustomed to paying bills online that you don’t even remember where your checkbook is.  But I’m thinking about mine today because of an article I just read in Environmental Health News. Apparently, Deluxe, the main provider of personal checks for most of America, has reached a settlement to remove a toxic phthalate called DEHP from its plastic checkbook covers by June 2015.  According to the organization Healthcare Without Harm, DEHP “can damage the liver, kidneys, lungs and reproductive system — particularly the developing testes….”  And the chemical is listed by the State of California as a carcinogen and male developmental toxicant.

Deluxe may be reformulating its covers, but who knows what chemical they will substitute for DEHP.  And the covers are still non-biodegradable plastic. So I called Deluxe … Read the rest

What’s Plastic Got to Do with Clean Air?

Silly me.  As I researched the book, I learned about many ways that the life cycle of plastic contributes to air pollution, both indoor and out, and that reducing our plastic consumption will help to protect the air we breathe.  So here are a few reasons why those of us concerned about reducing plastic… Read the rest

Why Chemicals in Plastics May Have Worse Effects at Lower Doses

Why is there so much debate about whether plastic chemicals like Bisphenol-A (BPA) or phthalates are harmful to humans in the amounts at which we’re exposed to them?  And why is it so difficult to pass regulations in the United States to protect us from these chemicals?  One reason is that regulators are accustomed to following the age-old adage that “the dose makes the poison.”  But on a conference call this morning with the Collaborative on Health and the Environment (CHE),  I learned how it is that endocrine-disrupting chemicals like those found in plastics and pesticides actually do their most long-term and lasting damage at levels considered to be non-toxic.  But first, here’s a little basic biology:

Are BPA-Free Plastic Products, Food Cans, & Register Receipts Safer than Those with BPA in Them?

One chemical being used to replace BPA in thermal paper receipts is Bisphenol S (BPS).  In May 2012, the journal Environmental Science and Technology… Read the rest

What I Should Have Said to Melissa Harris-Perry: We Are the Albatross

This past Sunday, I had the honor to be a guest on MCNBC’s Melissa Harris-Perry show. It was my very first live national appearance, so as you can imagine, I was just a little concerned with getting everything right. As instructed, I put on way more makeup than usual (usual being none at all most days) and was grateful for finally having found plastic-free mascara this year! I got a haircut (probably the first in over a year), plucked my crazy eyebrows (couldn’t deal with mixing up a batch of sugar wax) and slathered on so much eyeshadow and mascara that Michael kept staring at me and going, “Wow. Your eyes.” And of course, for several days, I went over and over in my mind what I wanted to say.

BPA-Free Does Not Mean Safe. Most Plastics Leach Hormone-Disrupting Chemicals.

Which plastics are safe?  I get that question all the time. The Internet is full of charts listing the numbers of the various types of plastic and explaining which ones are safe and which ones are not.  Supposedly, #2 (high density polyethylene), #4 (low density polyethylene), and #5 (polypropylene) are safe, right?  Does that mean the lid on my travel mug is safe?  It’s #5 polypropylene.

So is the sport cap on Michael’s Klean Kanteen water bottle.

We’re supposed to avoid plastics #3 (PVC), #6 (polystyrene), and #7 (polycarbonate). Polycarbonate is the plastic that is made from the chemical Bisphenol-A (BPA). And BPA has a bad rap because it’s a hormone-disruptor. Walk down the aisles of any drug store these days, and you’ll find rows of plastic products labelled BPA-Free.  BPA-Free water bottles…

In fact, entire shelves of baby products are labelled BPA-free. … Read the rest

Plastic is a Social Justice Issue (Van Jones at TEDxGP2)

How many of us check the number on the bottom of a plastic container to see if it’s one of the “bad plastics” to avoid?  How many are still willing to use #2, #4, or #5 plastics (the “safe” ones)?  Well, besides what I always say about… Read the rest